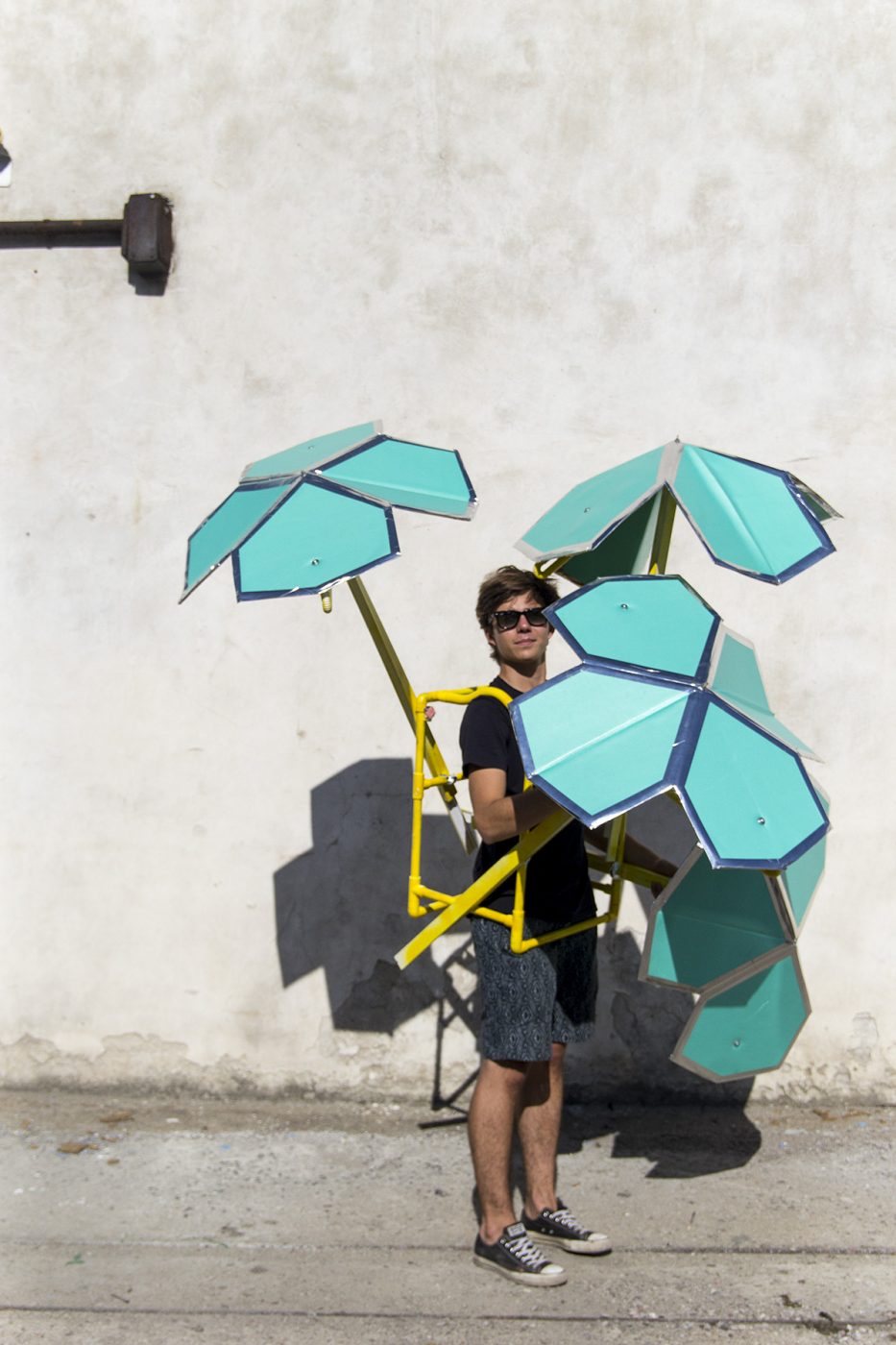 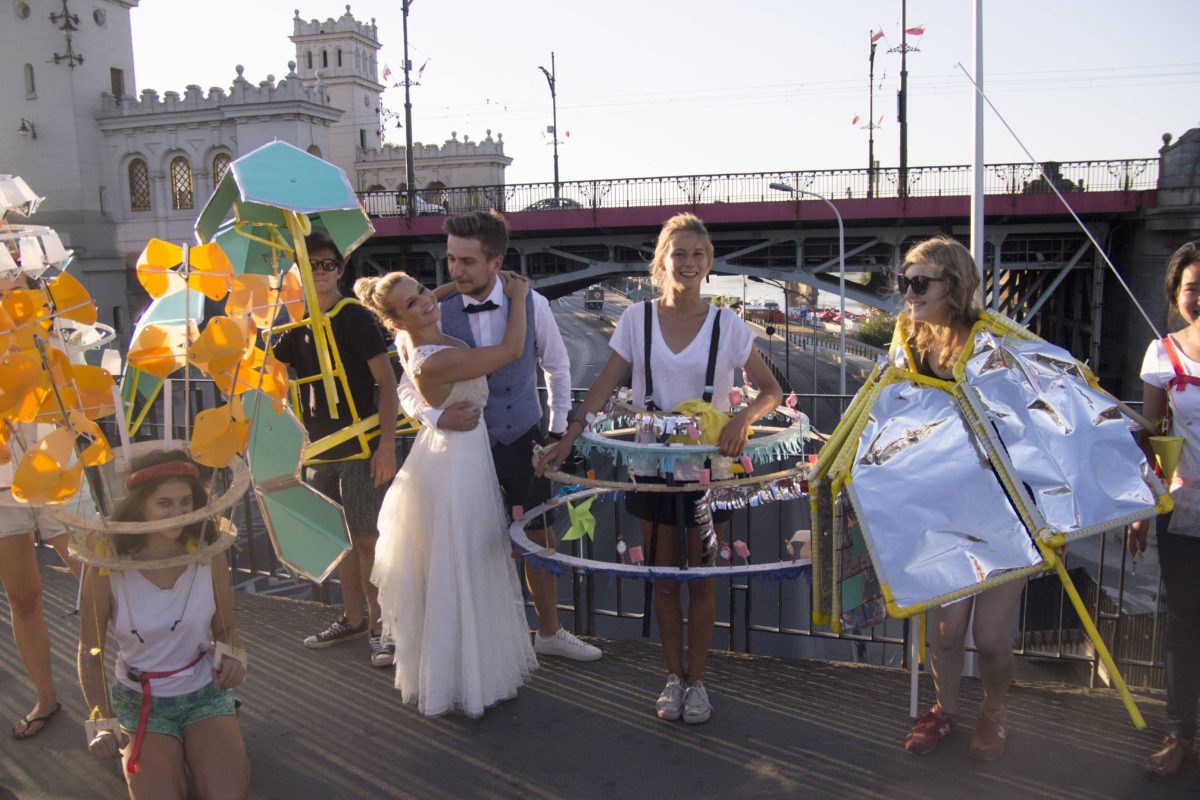 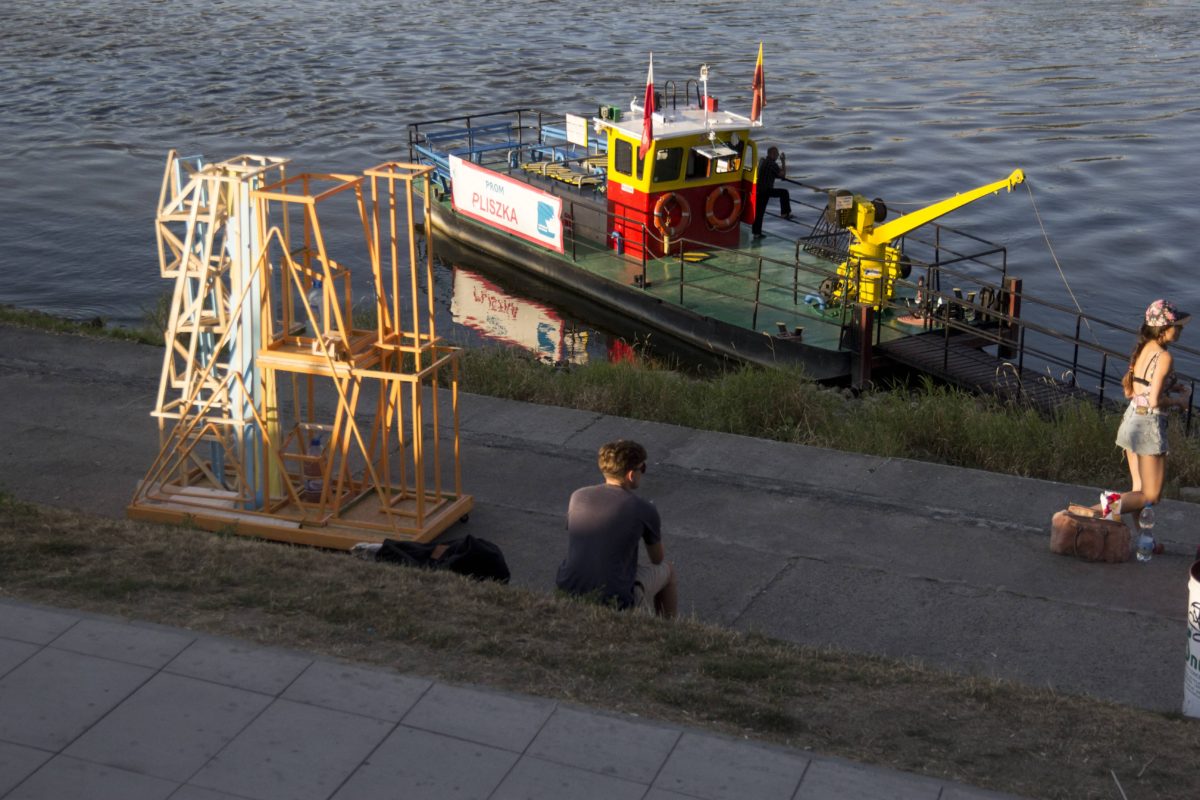 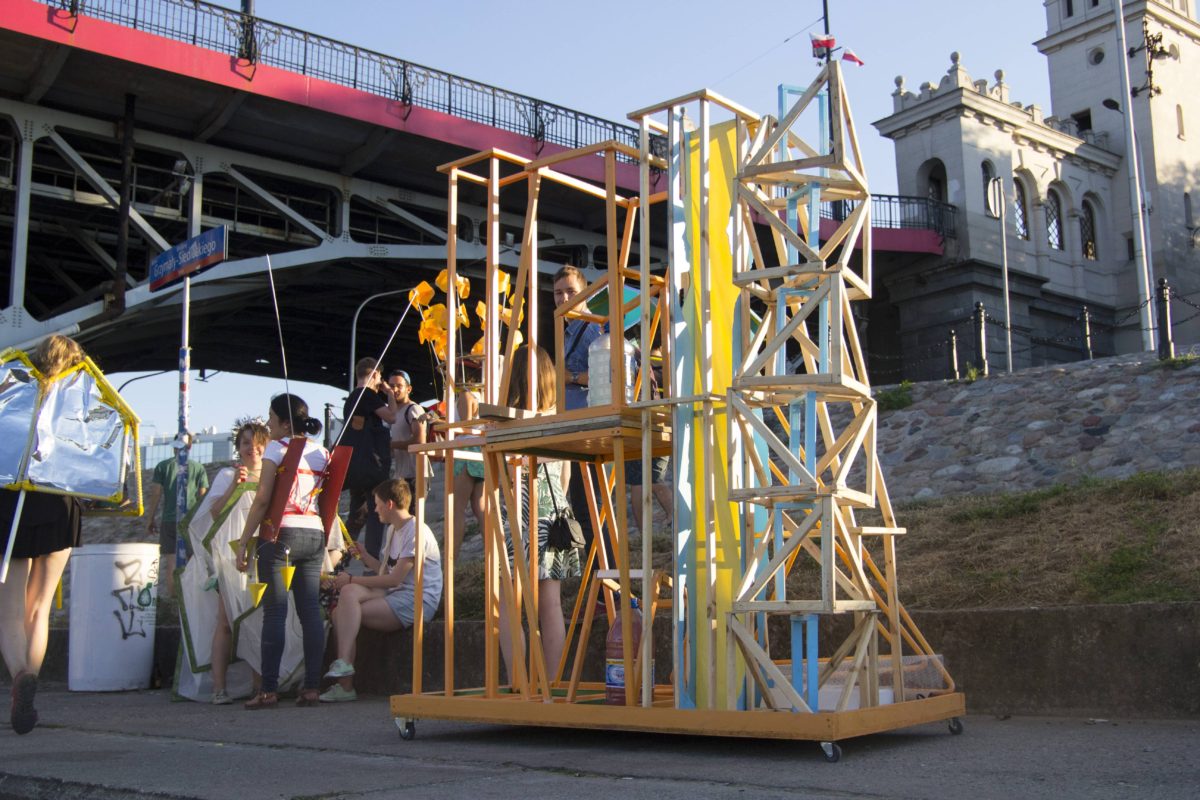 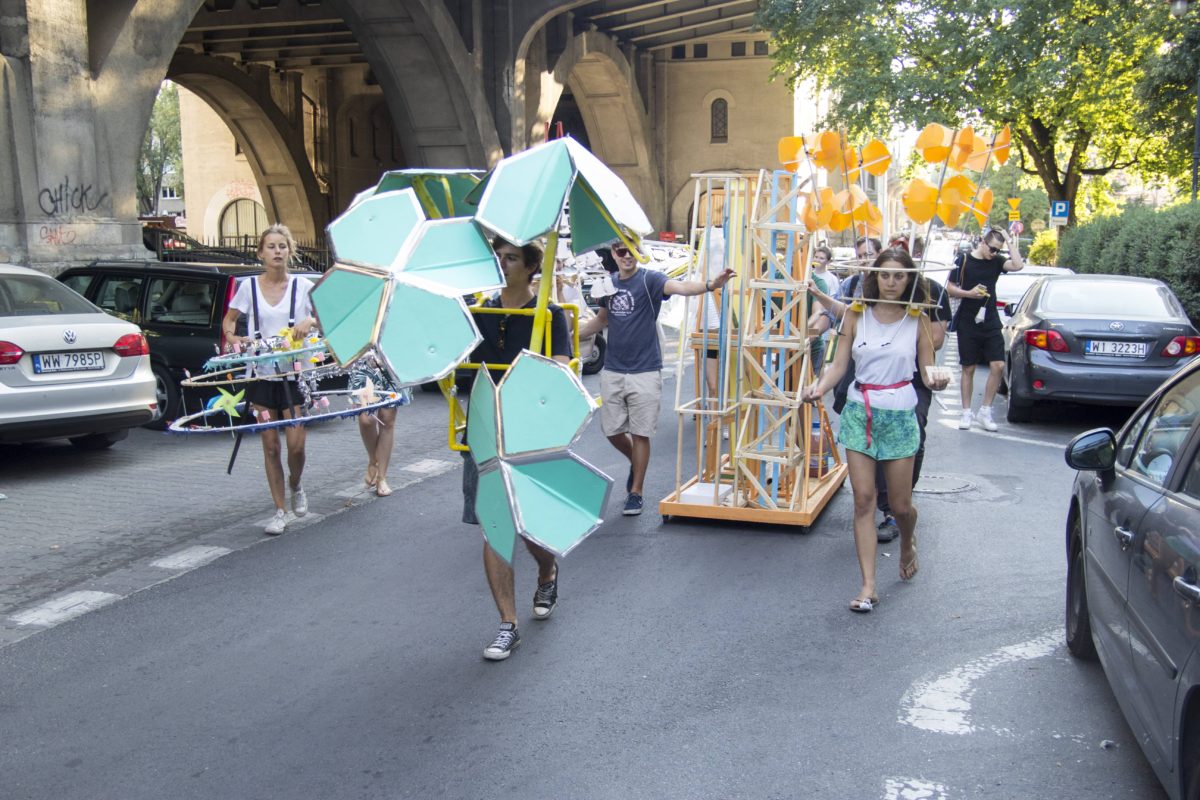 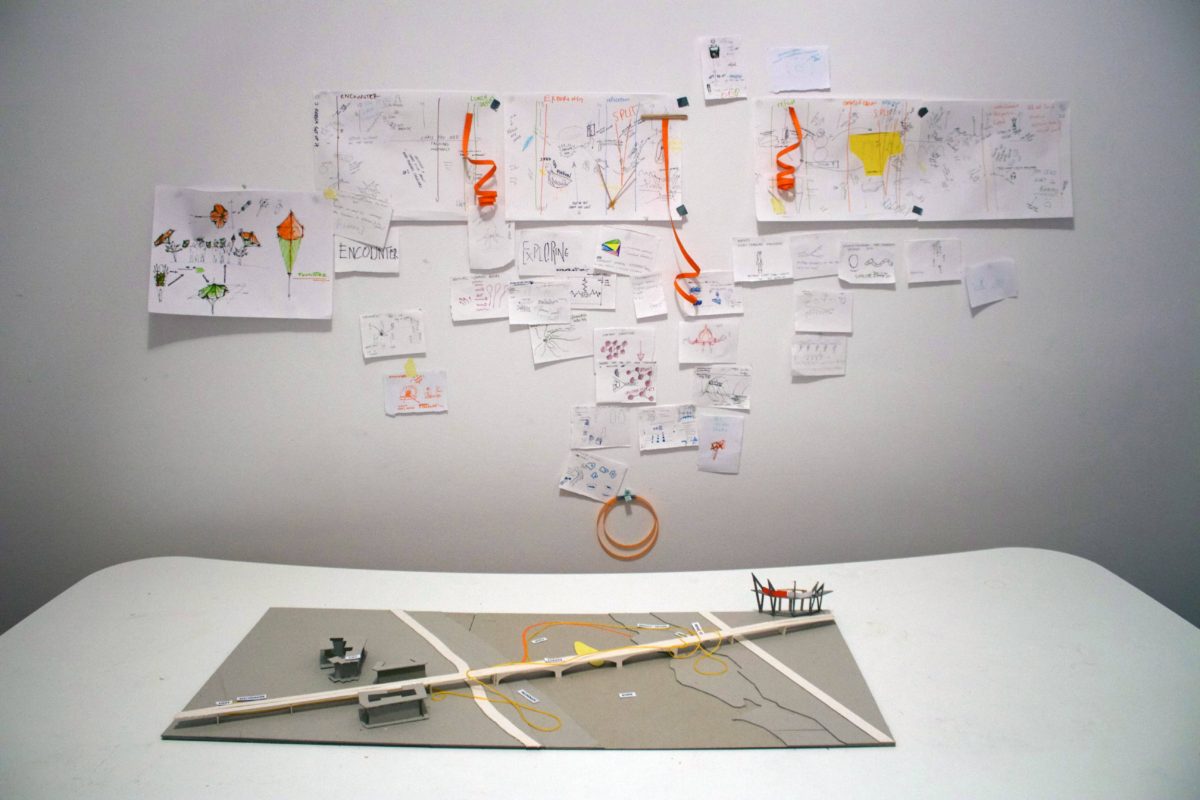 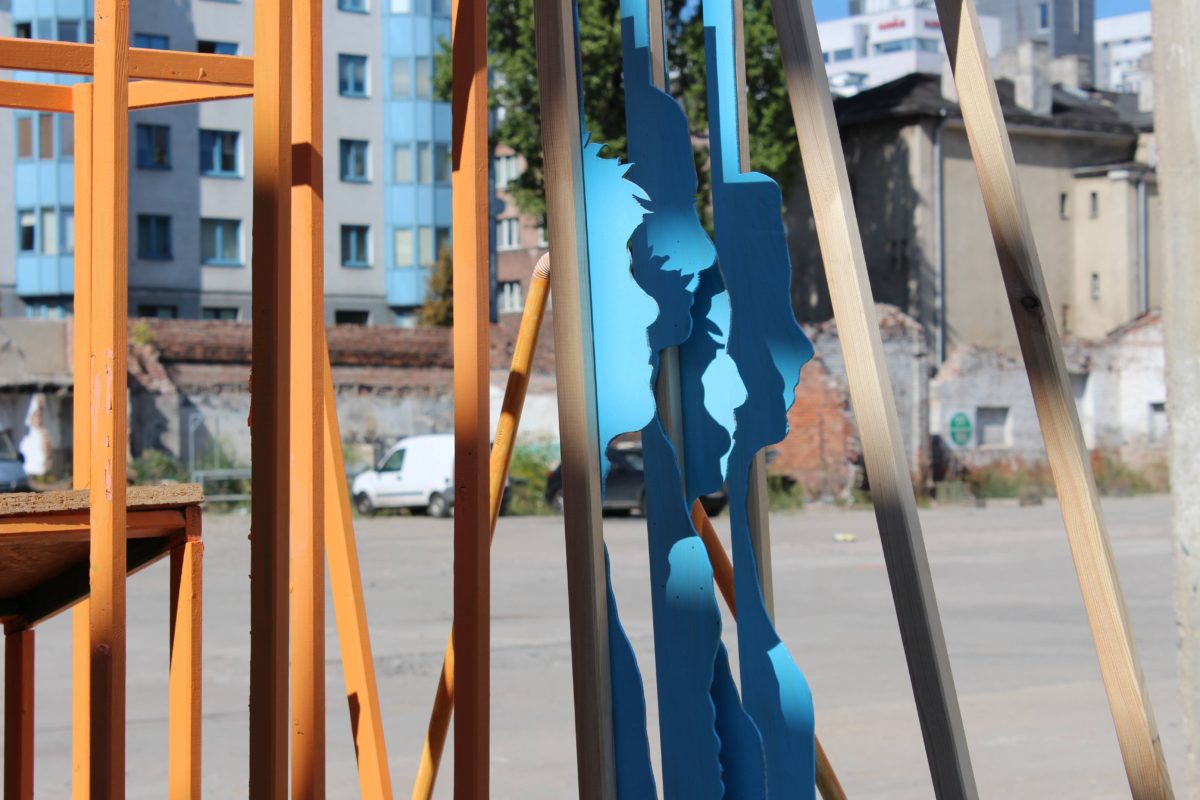 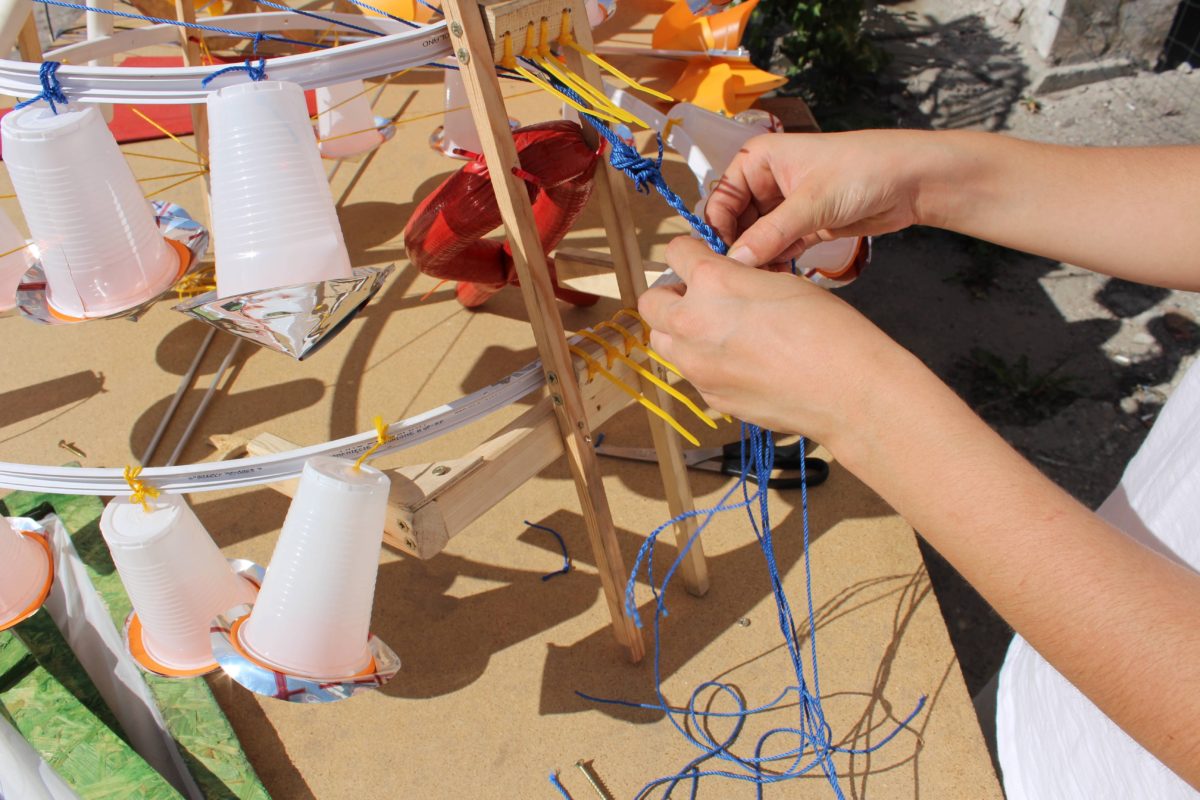 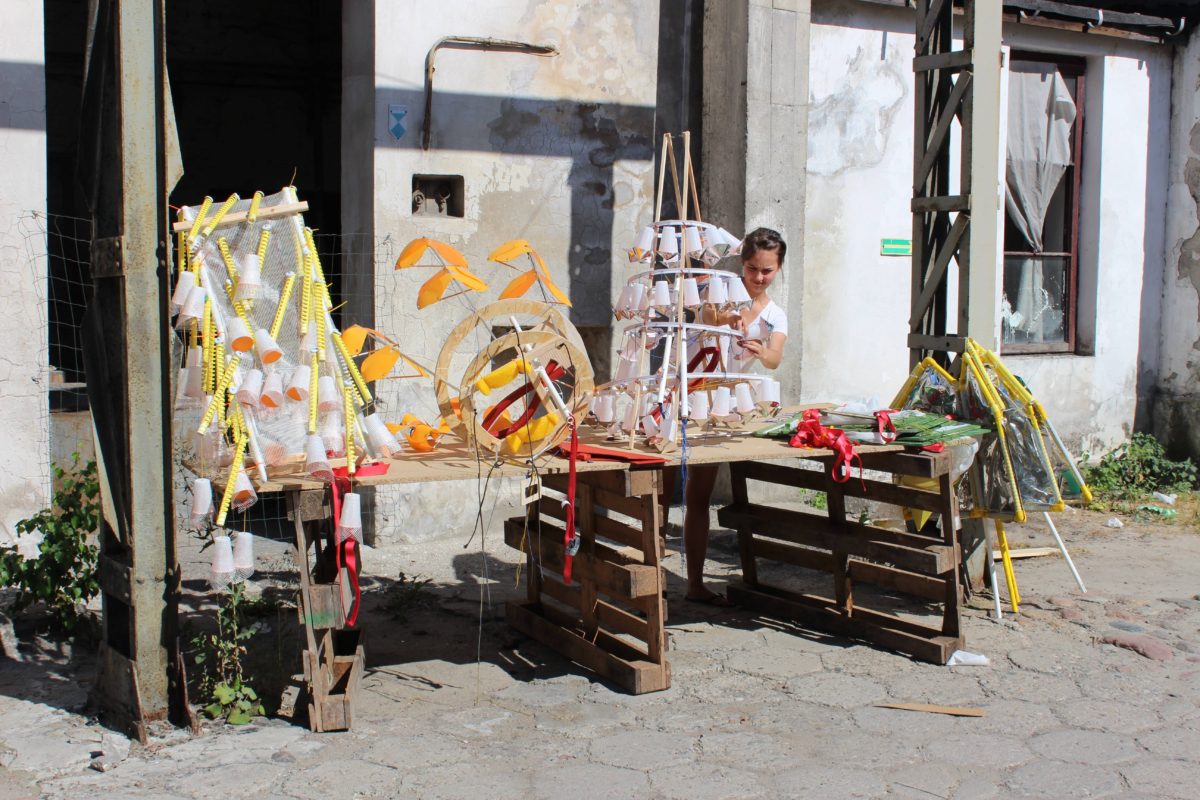 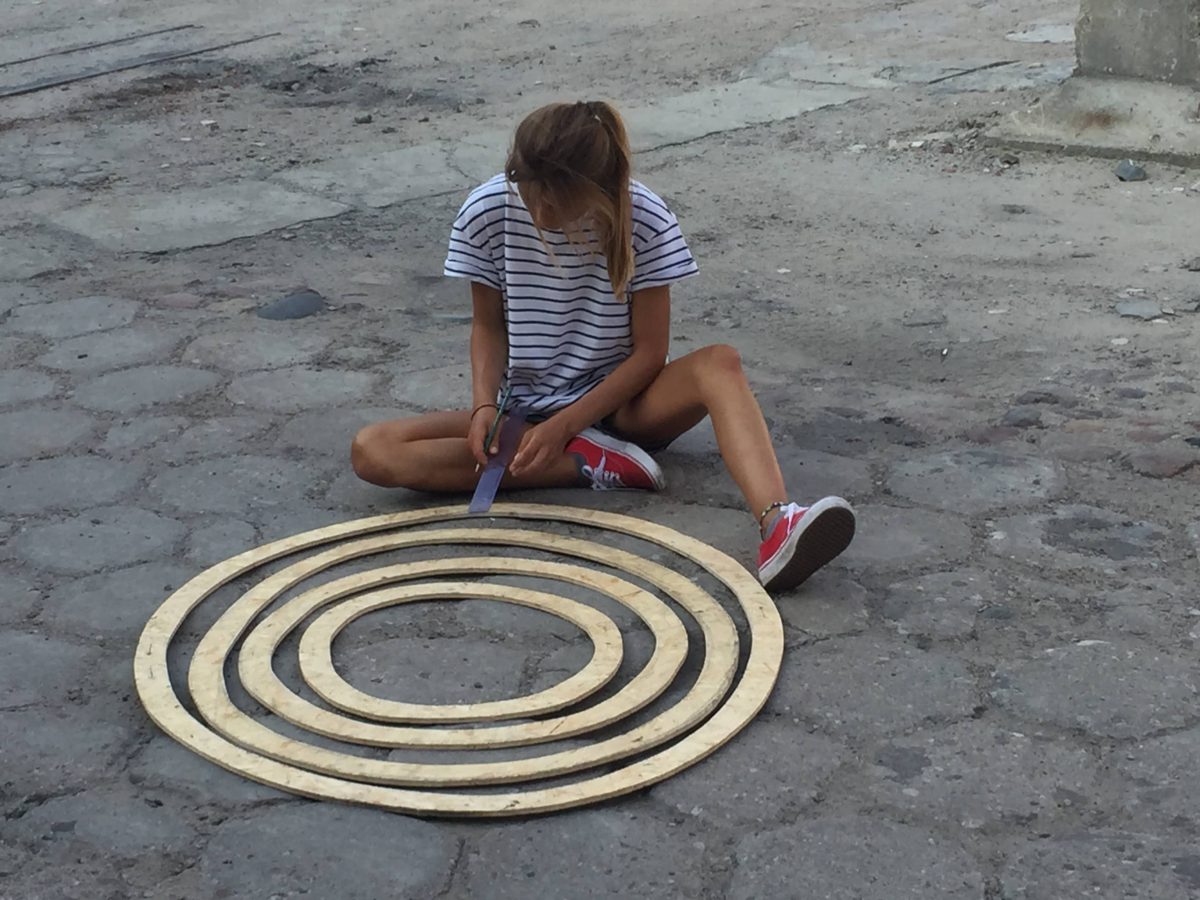 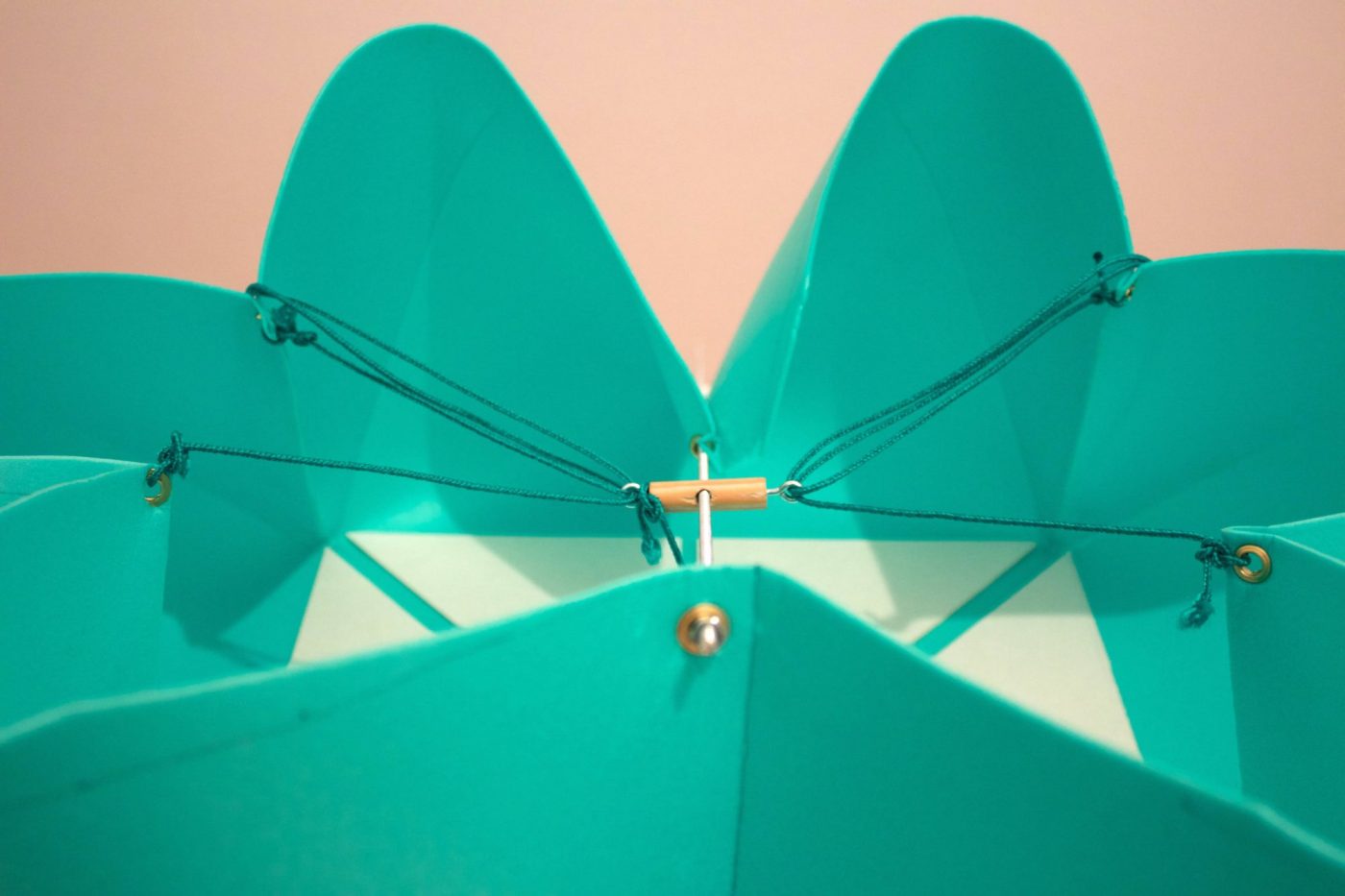 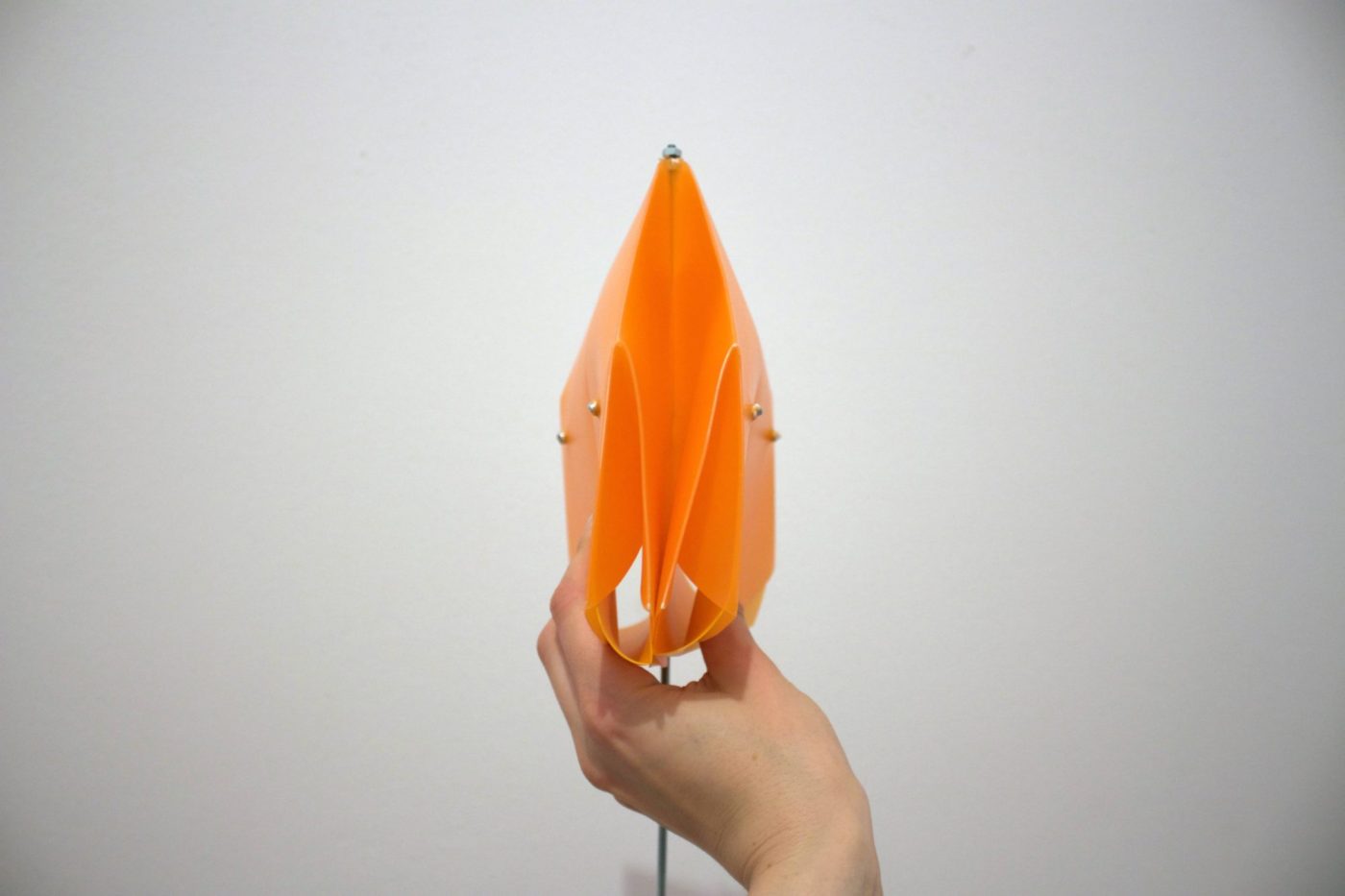 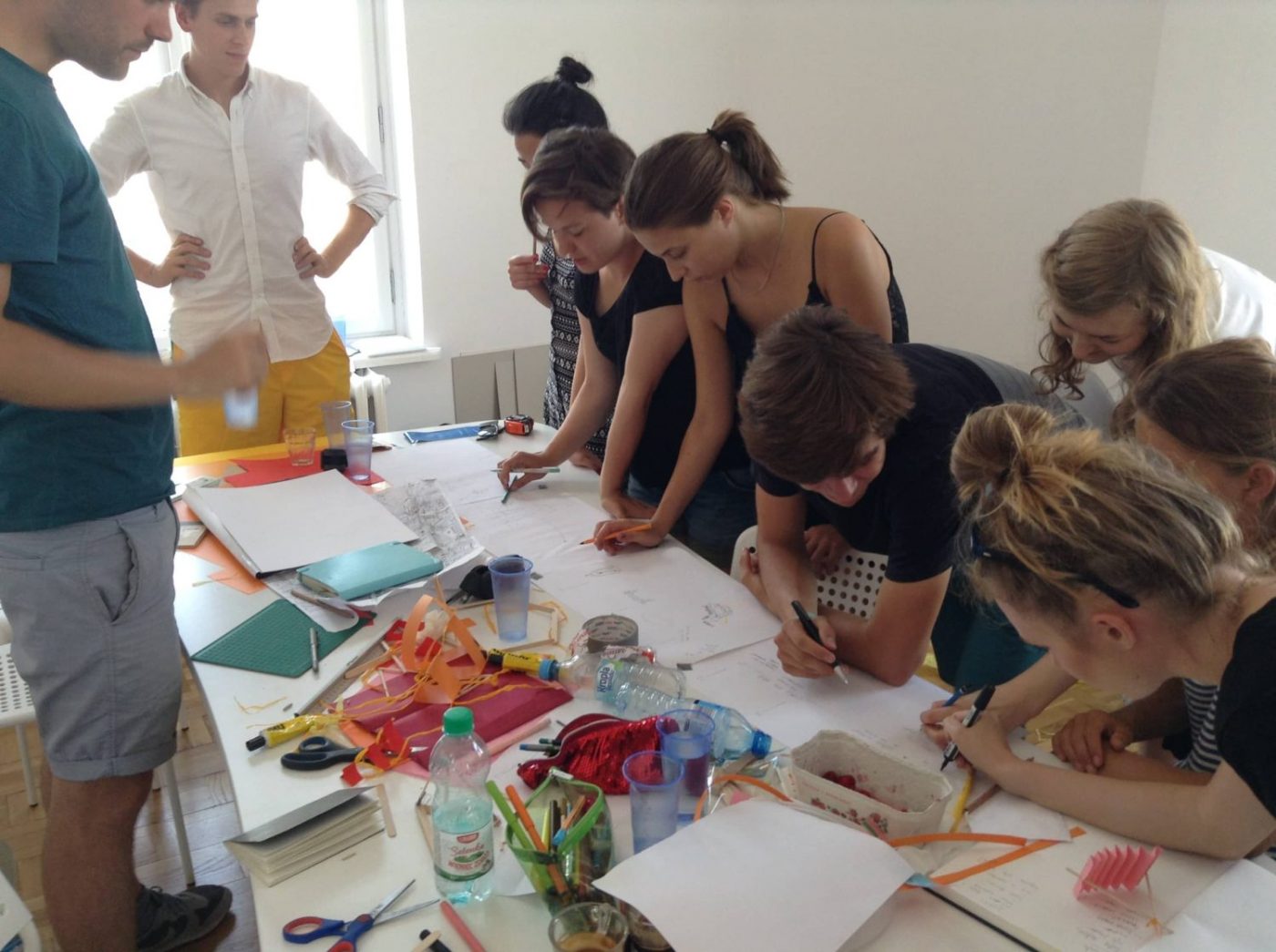 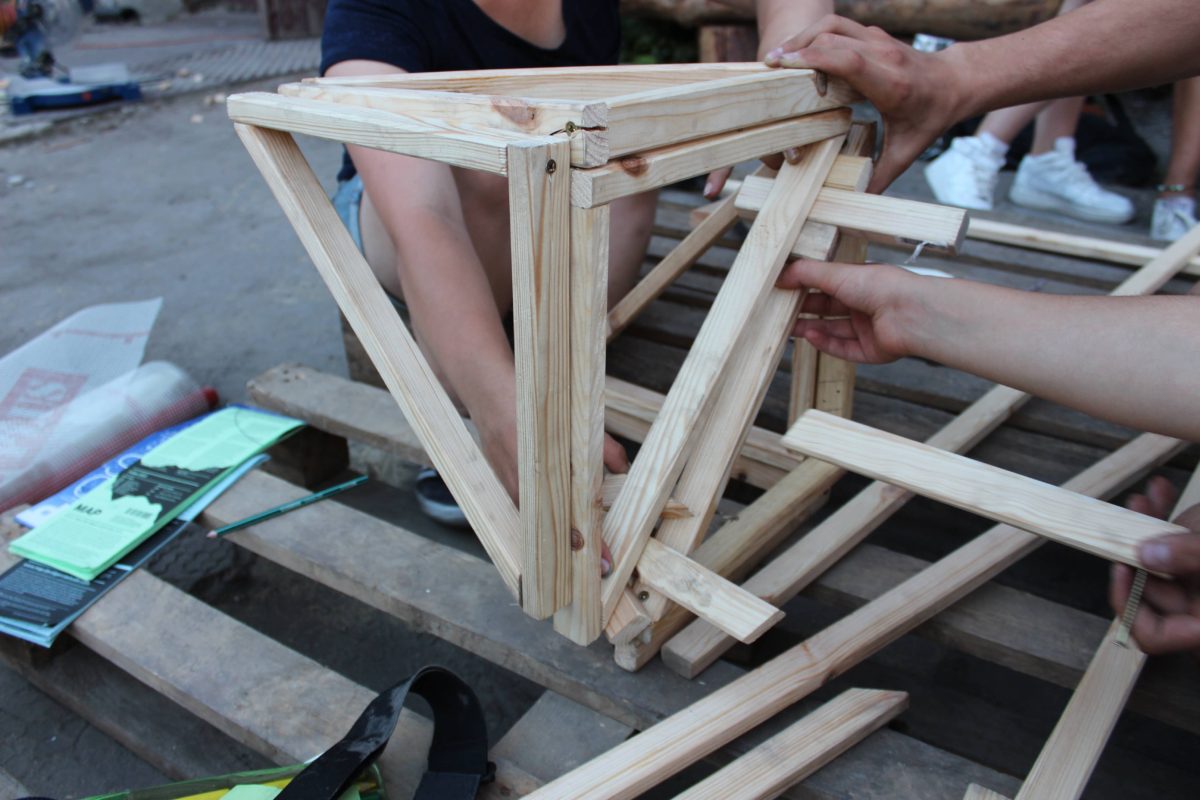 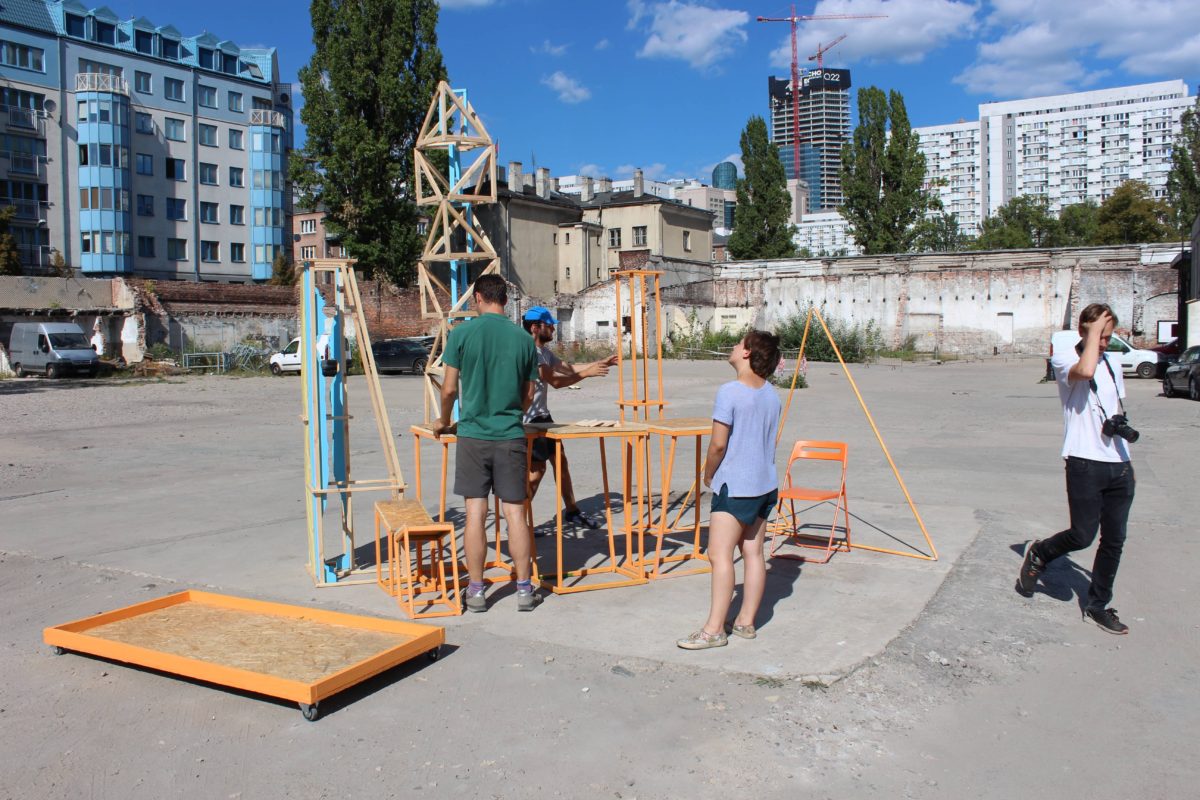 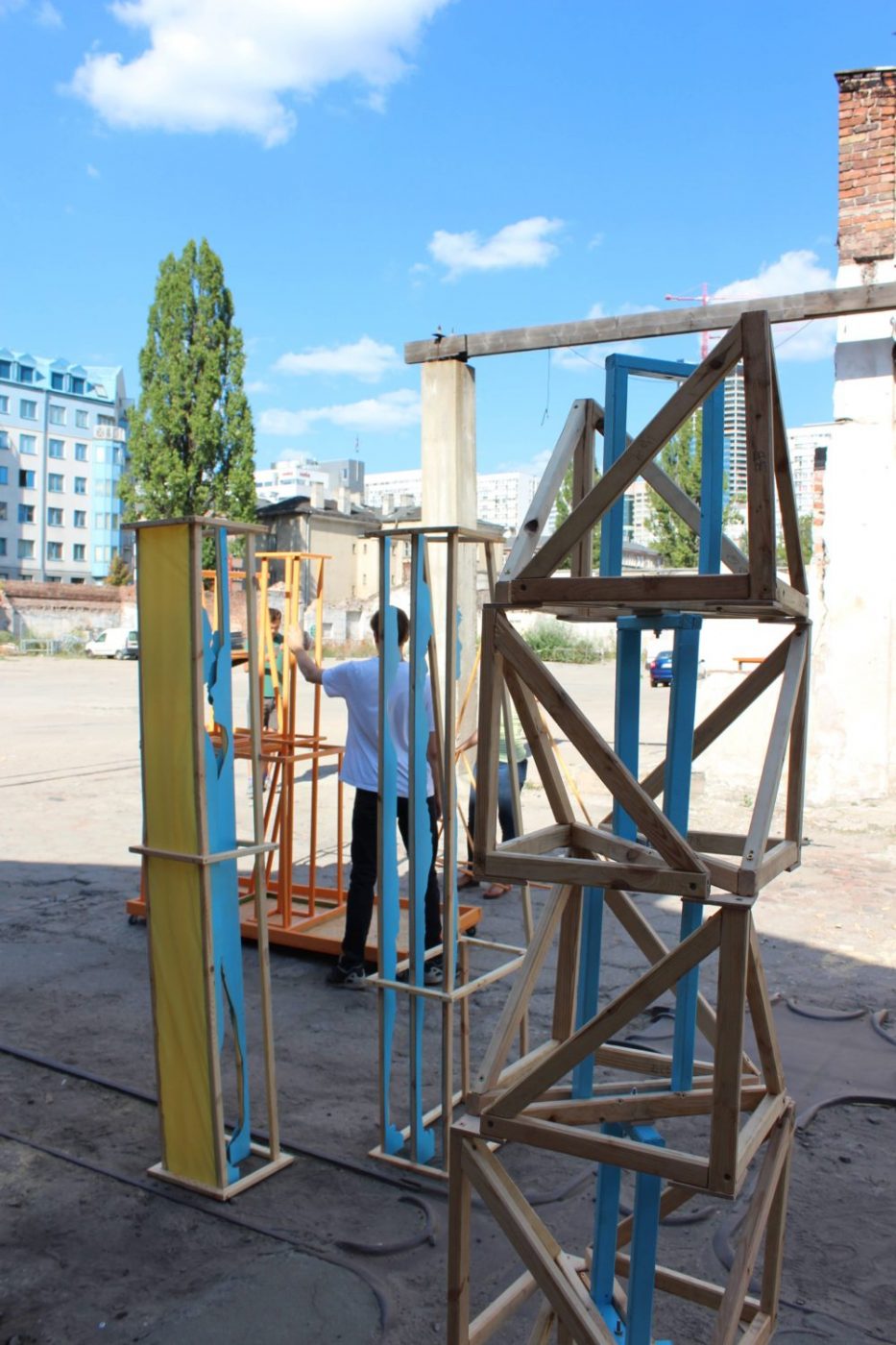 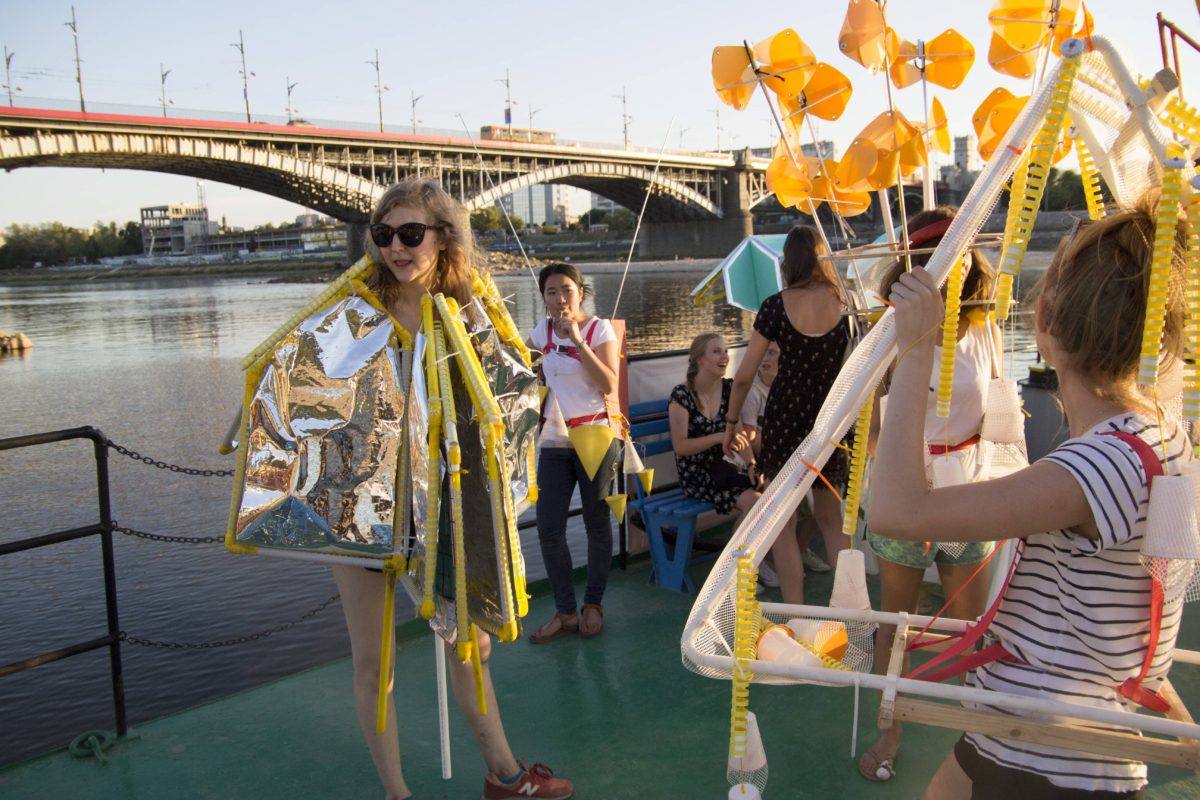 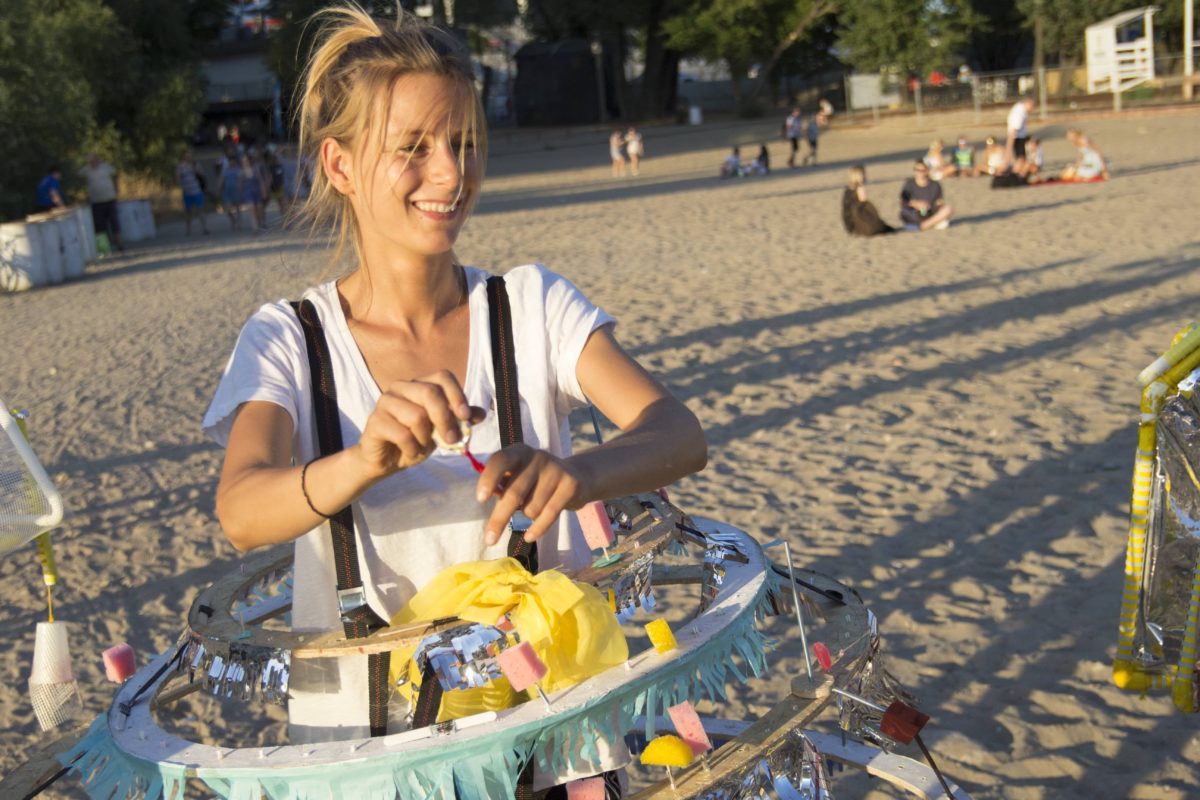 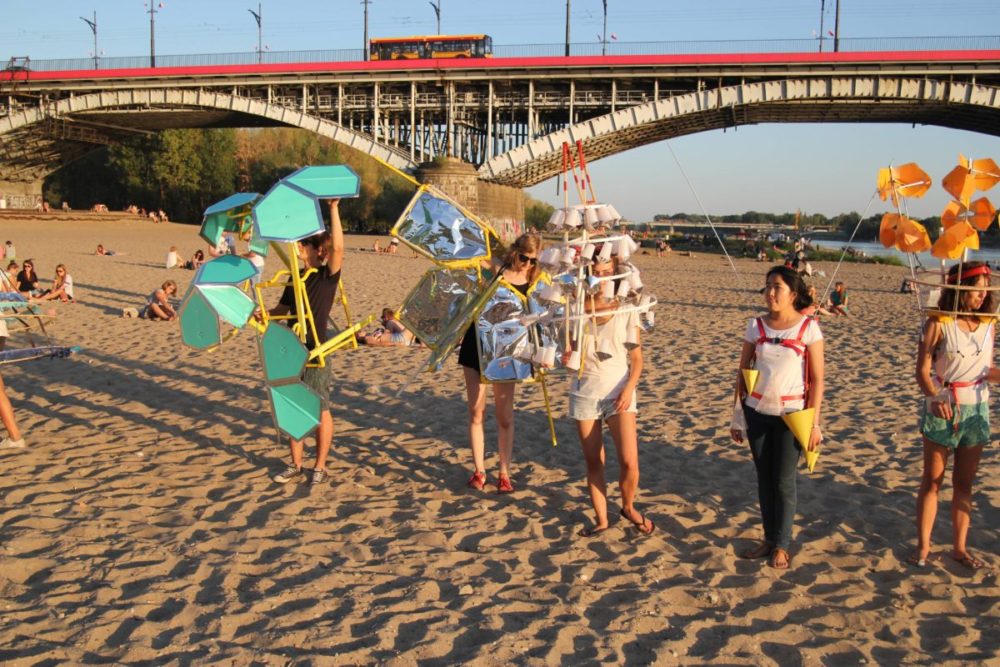 Parades are commemorative civic celebrations that mark a special day or event and take the form of a procession, often involving costumes, floats, inflatables and marching bands.

Each parade takes a journey through the city and during its performance temporarily transforms its local urban environment. As an organised ensemble, the parade creates a spectacle that temporarily claims the public space.

This year during the Warsaw Summer School students designed, built and performed our own city parade. Our parade drew on our collective experiences of a single day in Warsaw and celebrated the everyday characteristics which define its social and cultural identity.