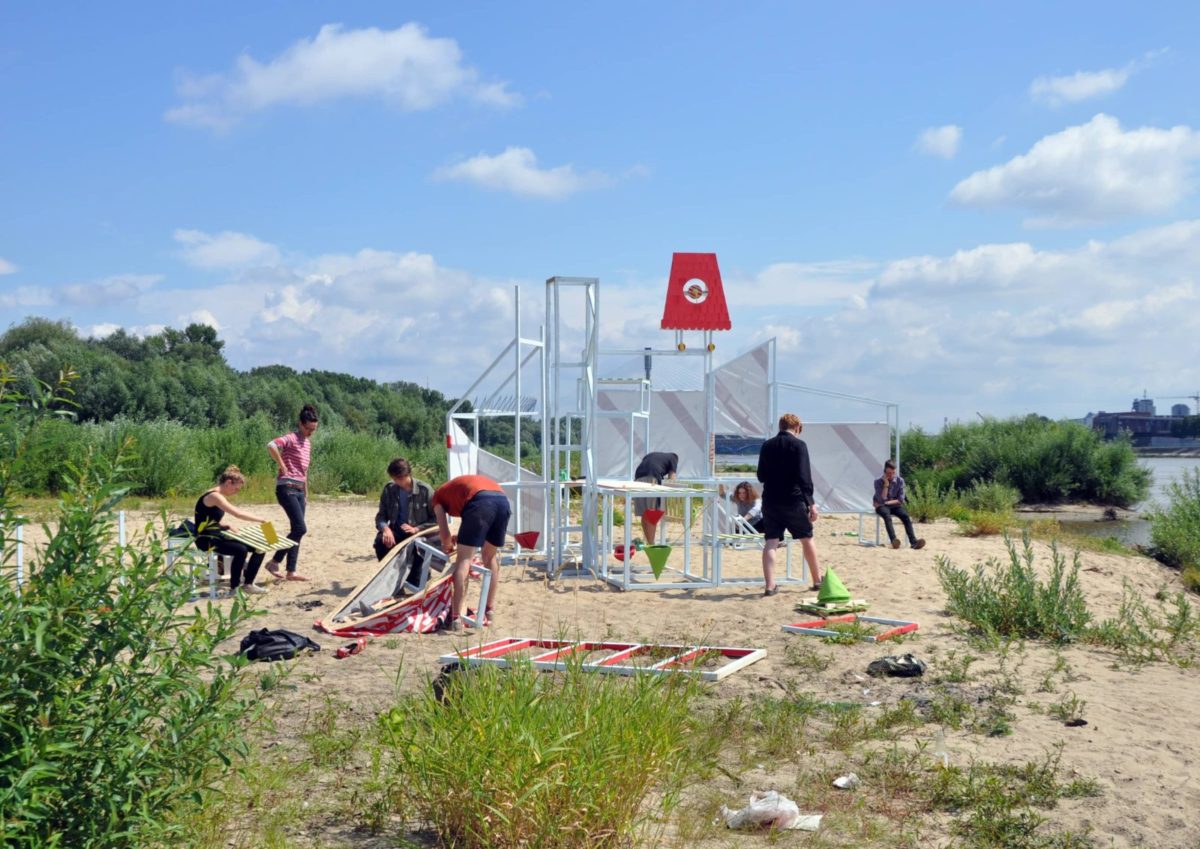 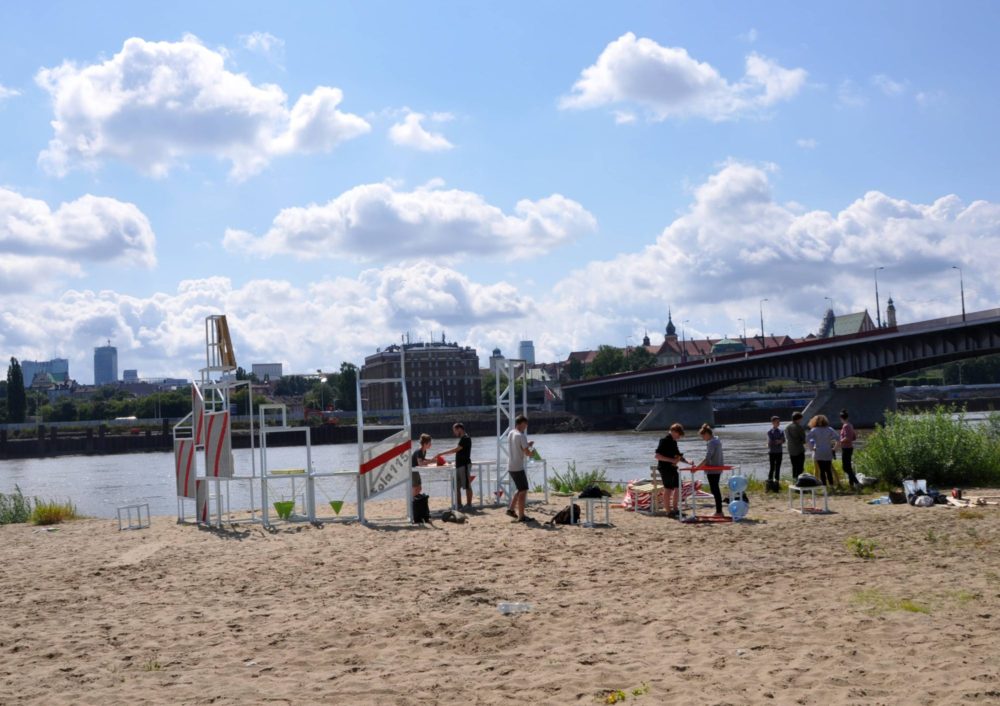 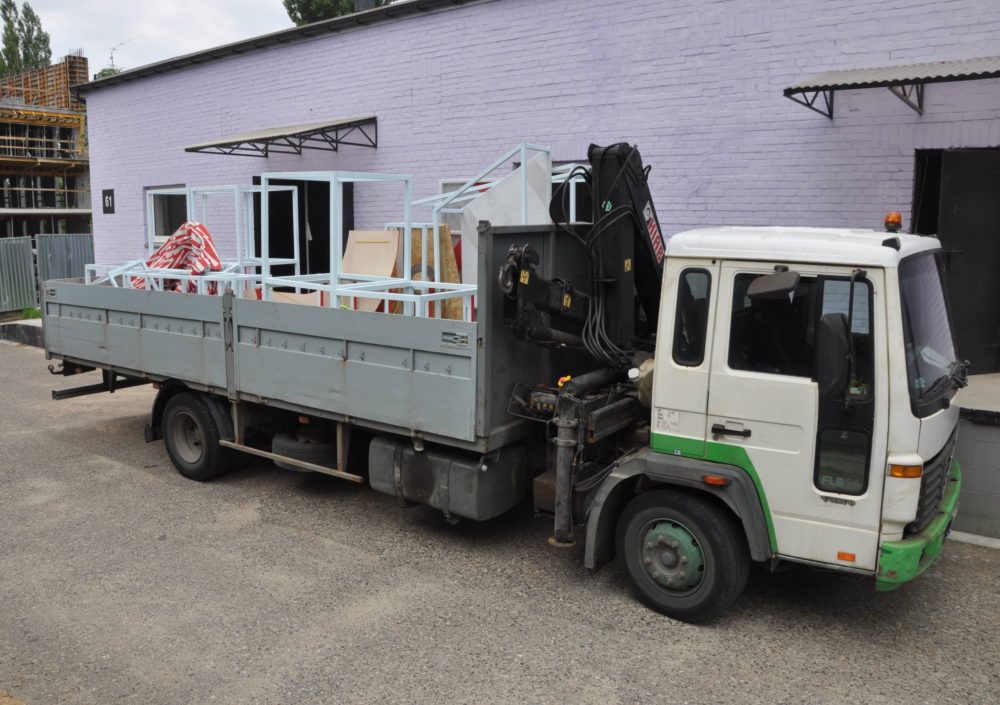 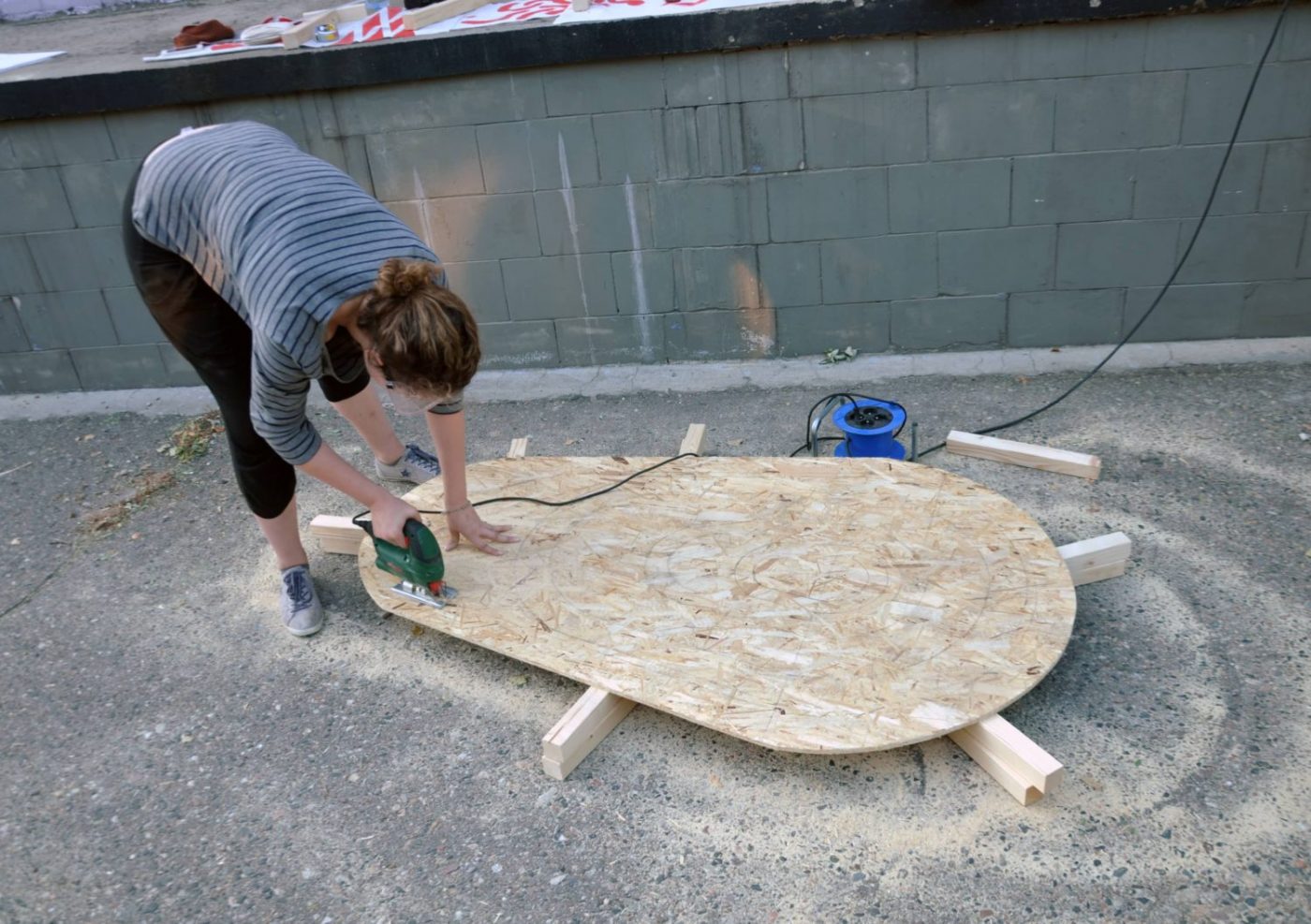 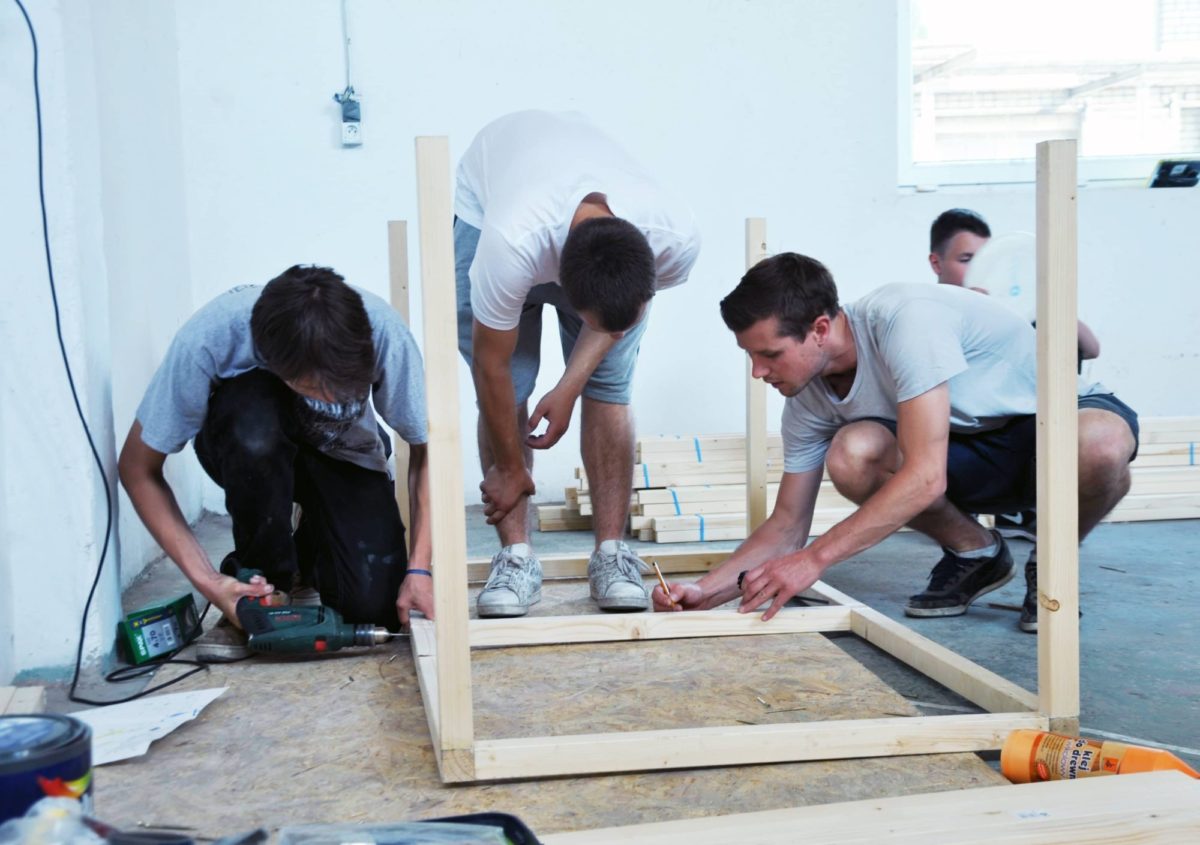 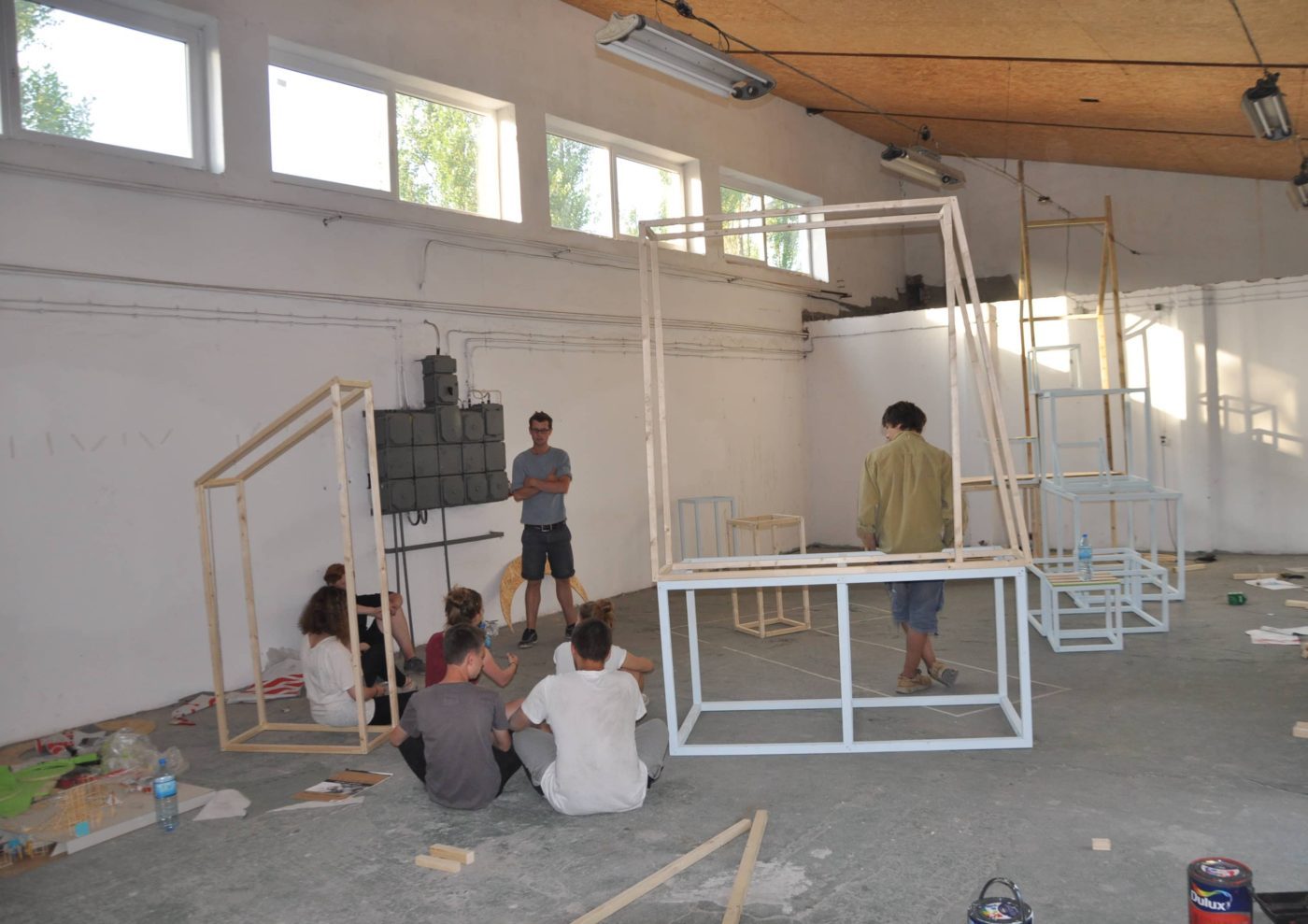 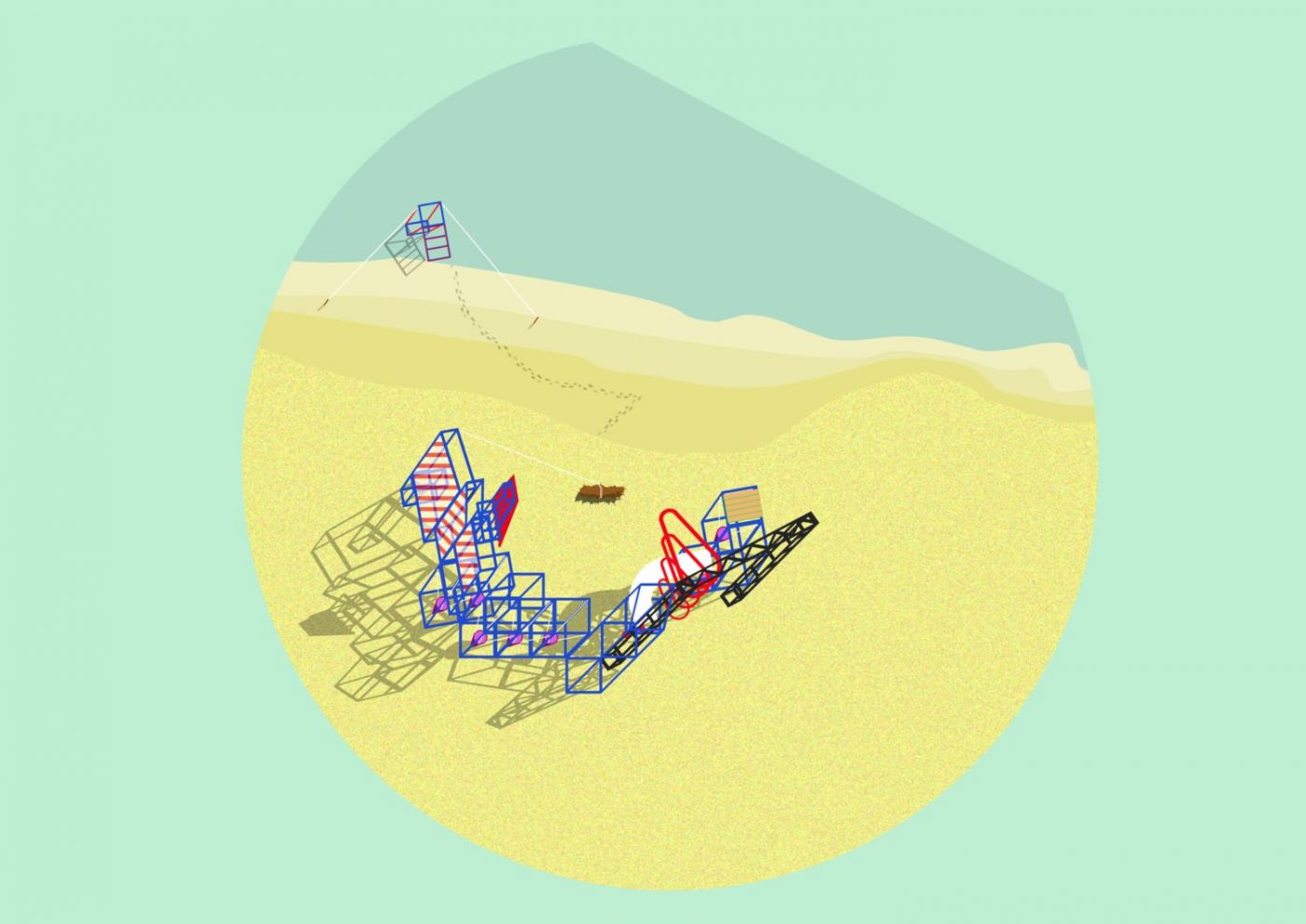 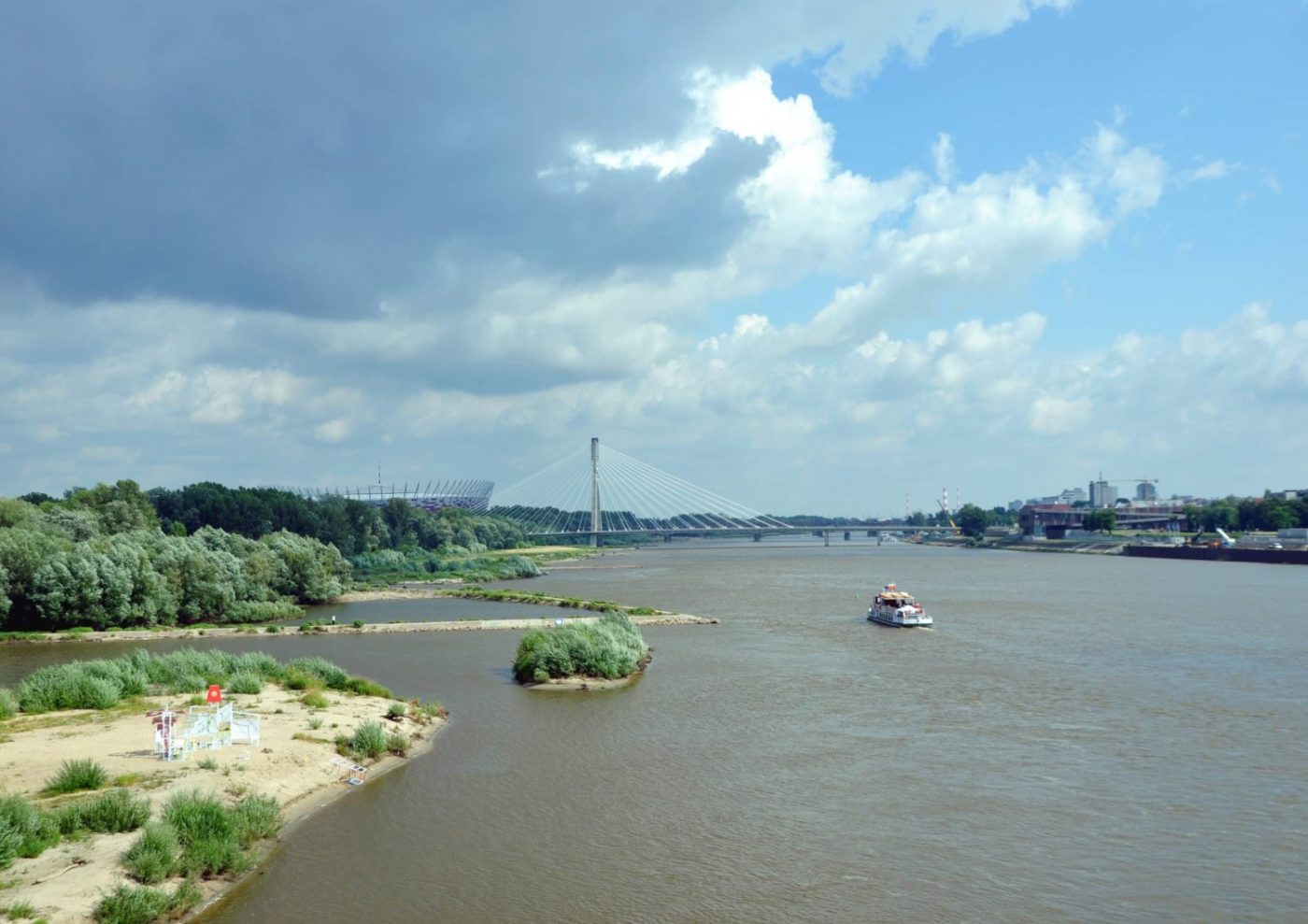 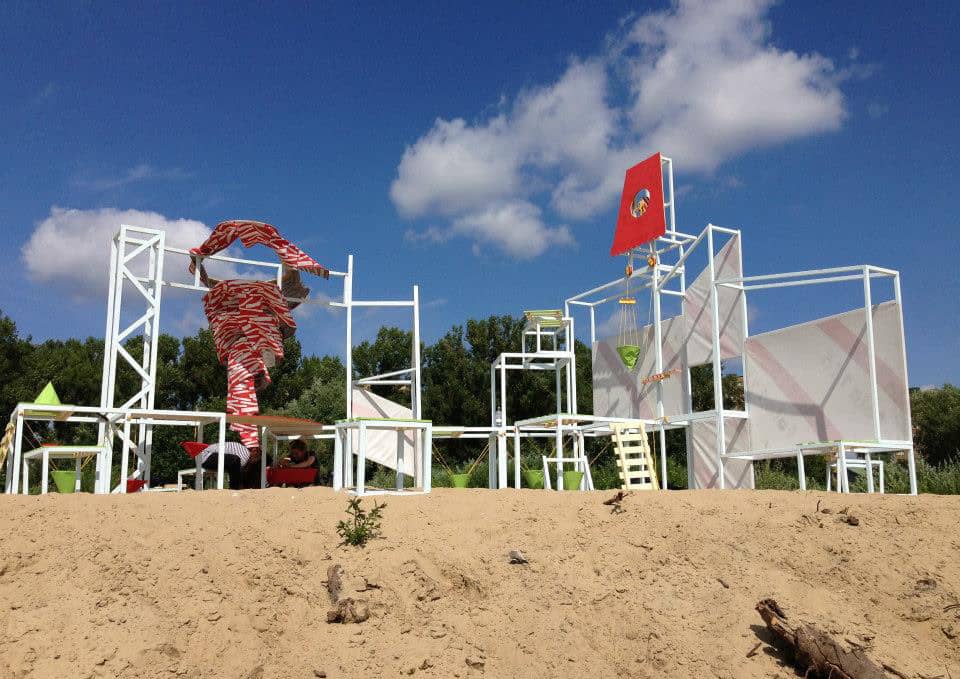 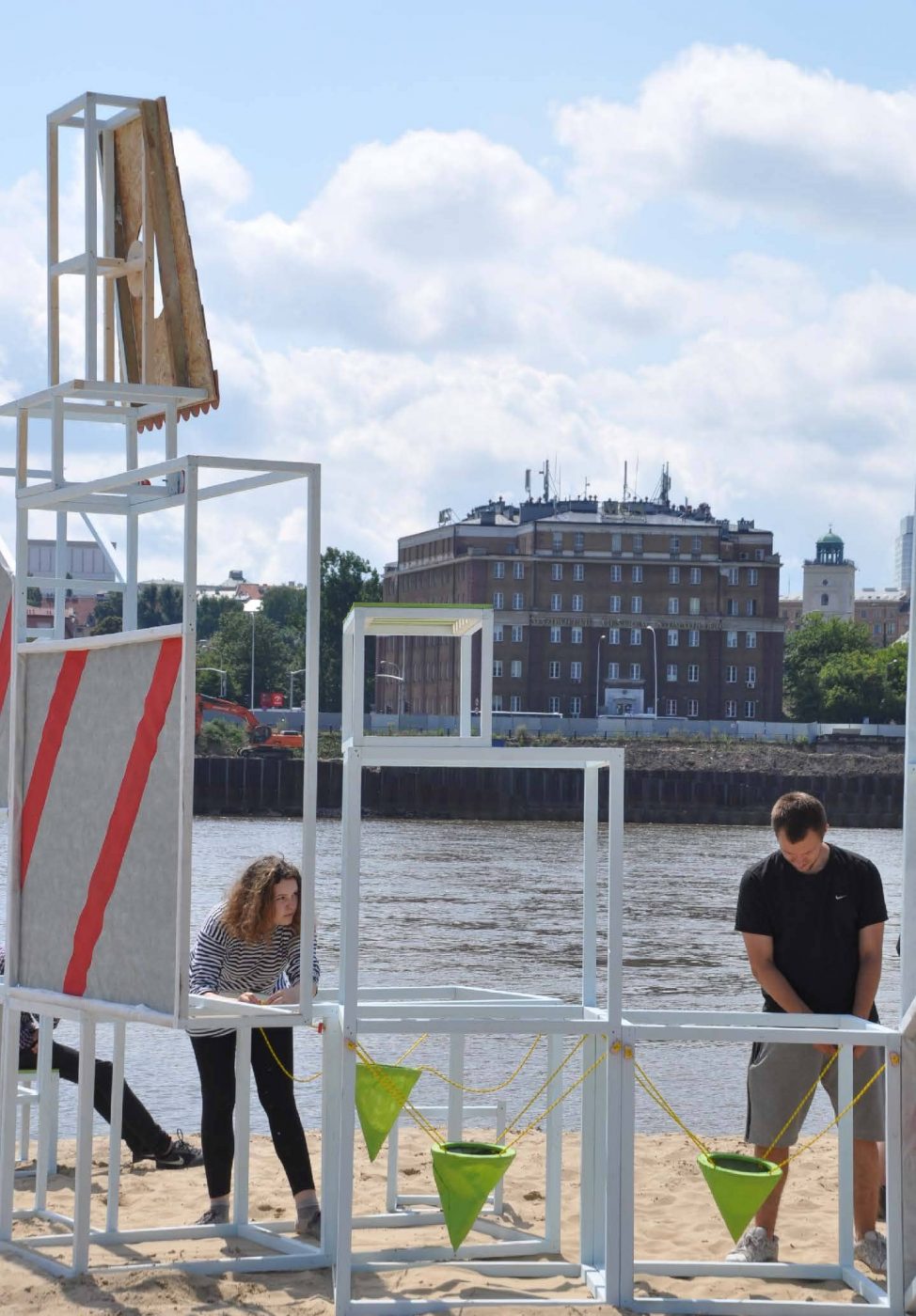 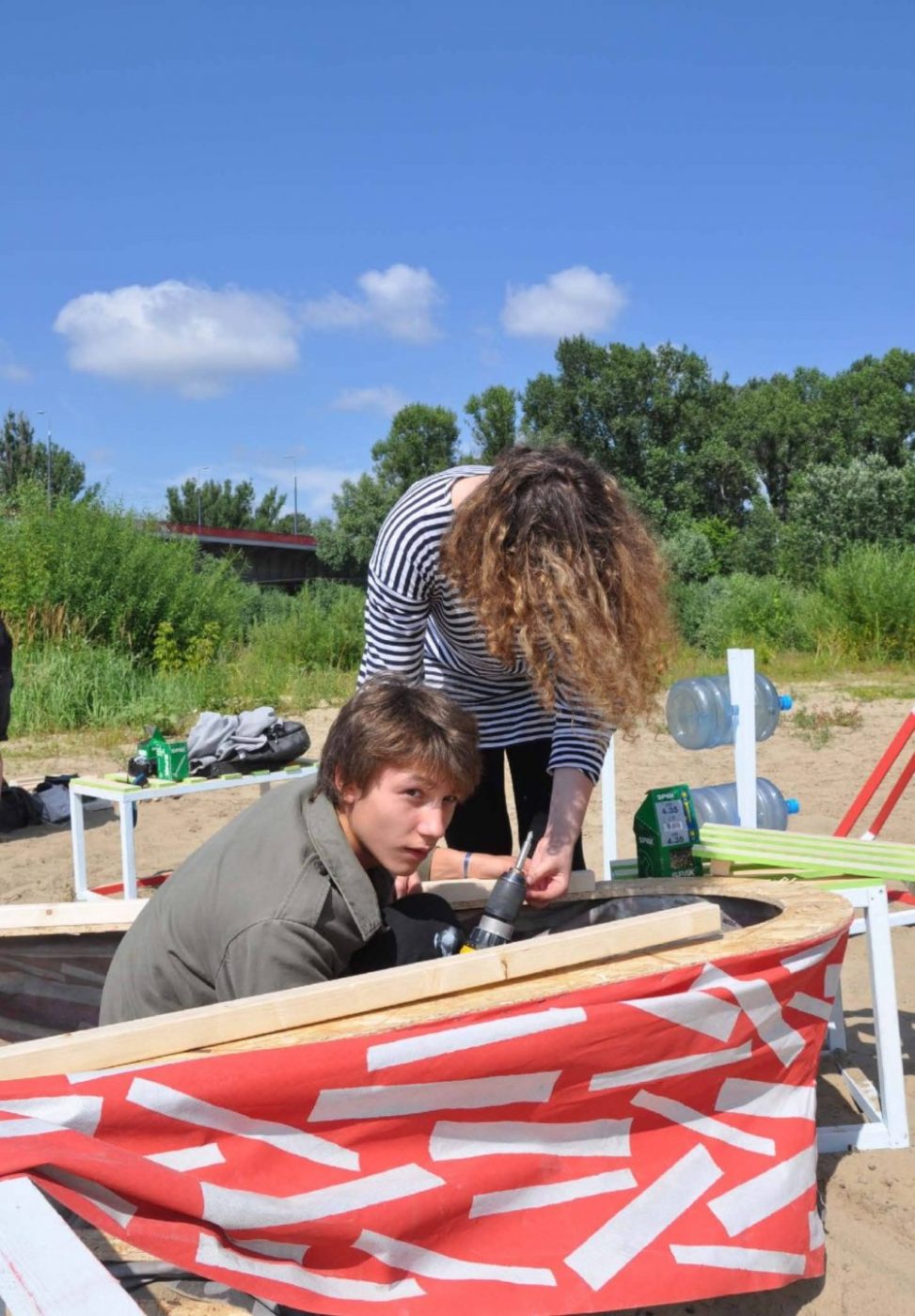 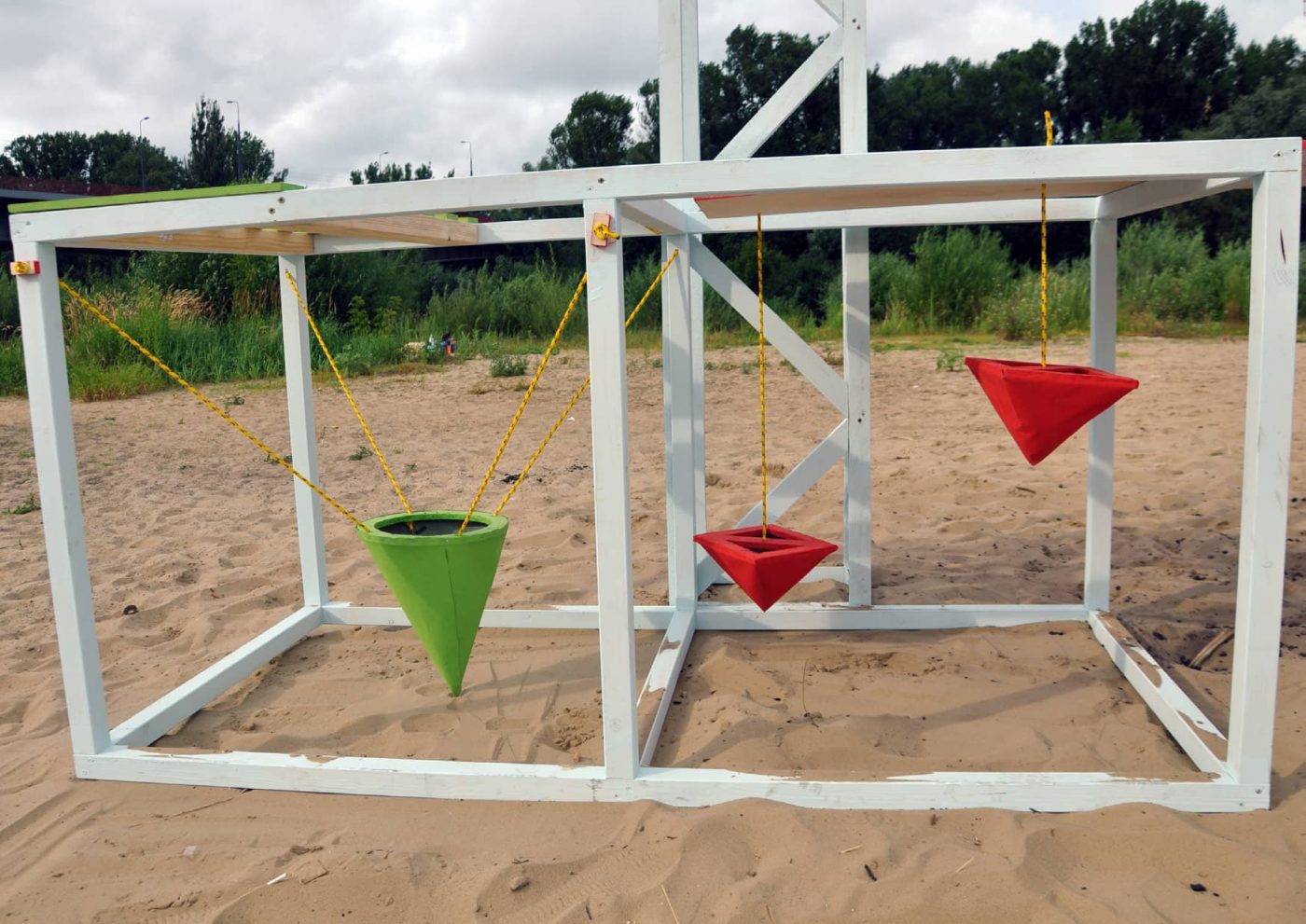 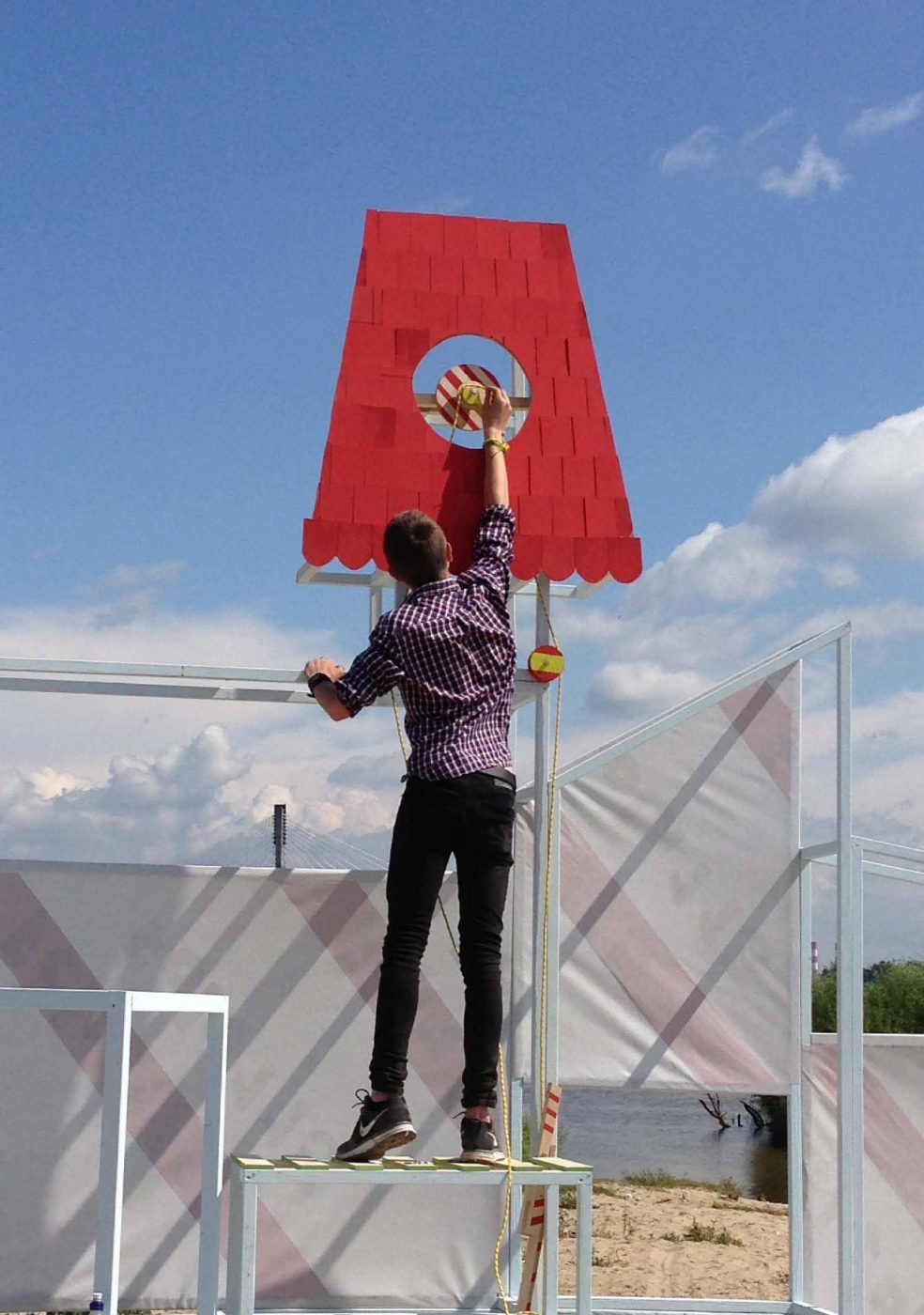 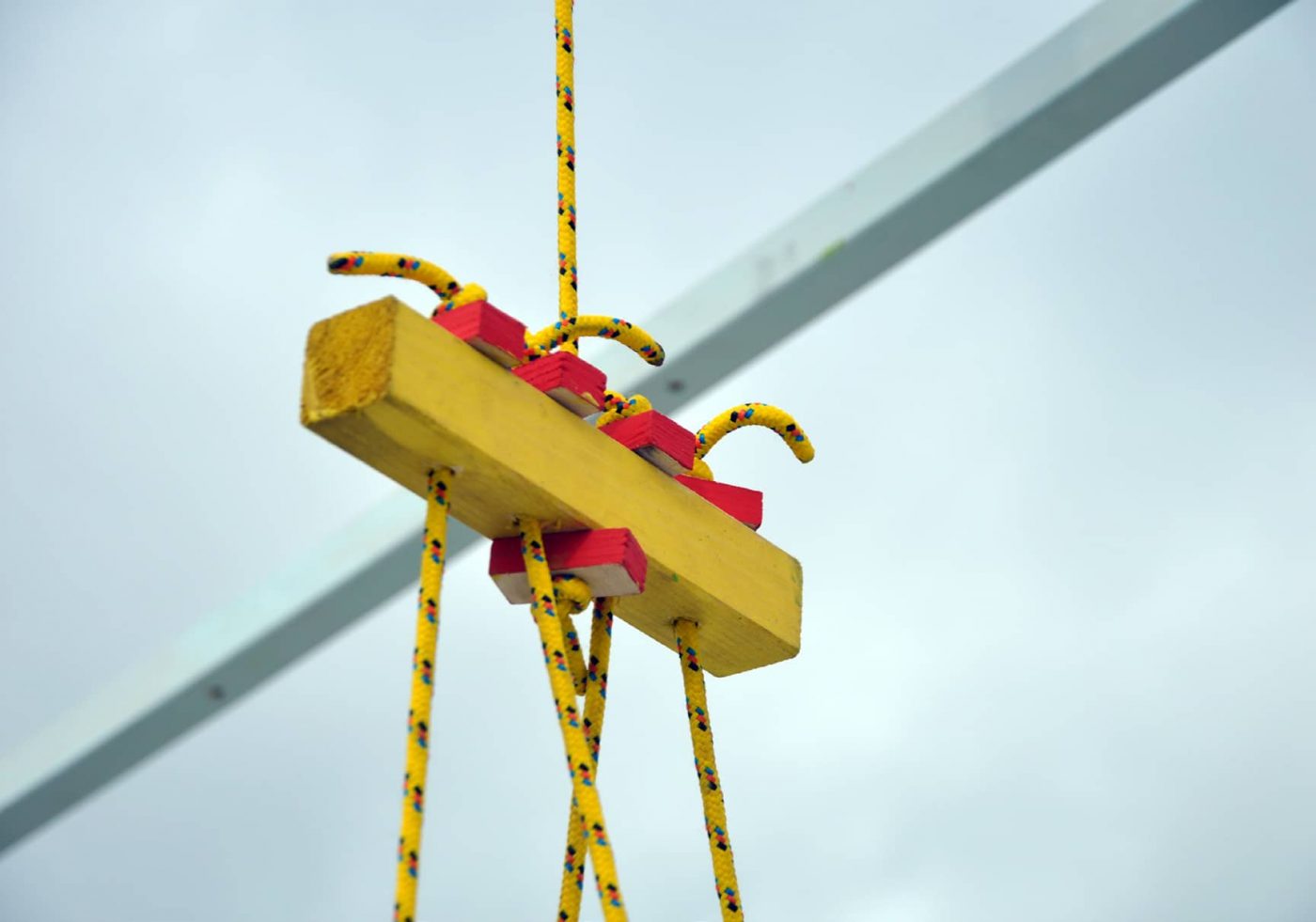 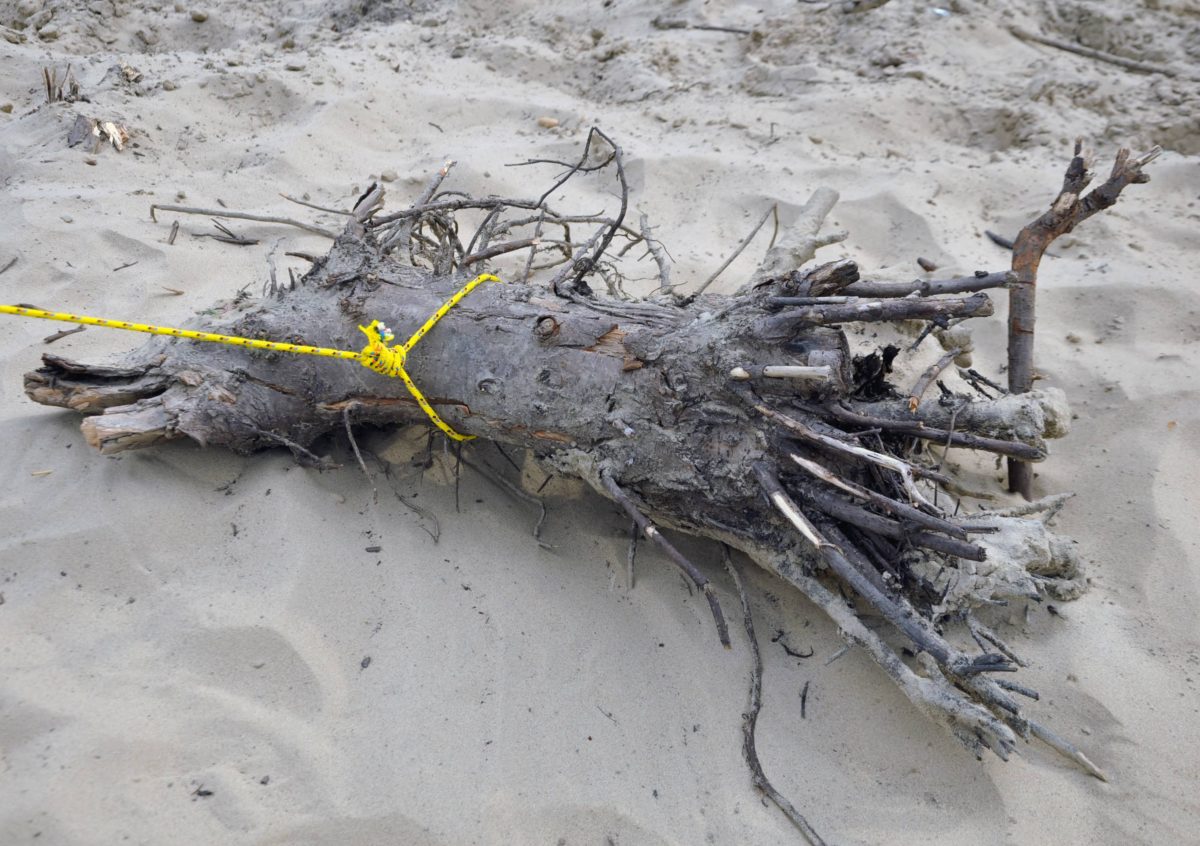 In its third year The Warsaw Summer School explored the theme of ‘Banquet’. Working from the studio in Soho Factory on the east bank of the Vistula, the students designed and built a structure to host a banquet. The piece was sited on a desolate beach usually reserved for illicit activities and proposed to regenerate the site by inviting celebration and communal dining. In the first week the students developed a number of initial ideas which explored the conflict between their primal and theatrical experiences of food. They then collectively assembled these ideas to create a programme for a public banquet. At the end of the first week the students went on a walk along the Vistula river in search of an appropriate site for our banquet. In the second week the students designed and built a theatrical banqueting stage which was temporarily deployed on a remote island in the middle of the Vistula river. The banquet was held at the end of the second week at low tide.