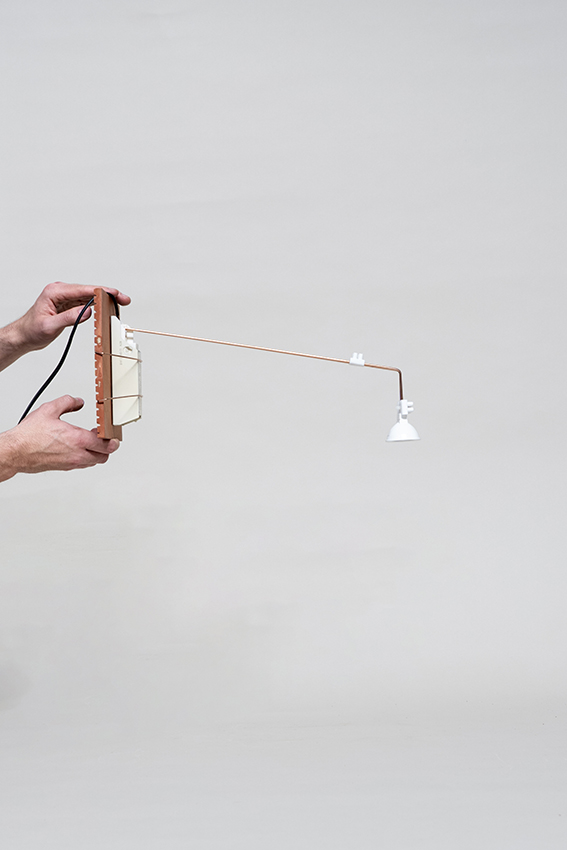 B.A.R.E Lamps is an ongoing exploration of Lucas Muñoz Muñoz that seeks to produce light fixtures through simple and balanced element combinations. Bricks, Appliances, Rods and Electricity (B.A.R.E.) is all that these lamps feature. Off-the-shelf components that are combined to make a functioning lamp with minimum effort and cost. They were first produced for the design Materia Gris exhibition, for which Lucas created a series of systems that used the exhibition materials without bringing in or creating anything new. Instead of renting lights for the exhibition, Lucas designed these lamps for the students of Norte Joven association to produce them. During the exhibition the lamps were sold, and all the funding was donated to the Associations social project.

Lucas Muñoz is a designer based between his hometown Madrid (Spain) and Eindhoven (The Netherlands). His career ranges from a variety of projects produced between his ateliers and in different places across world such as India, South Korea, Lebanon or Thailand to name a few. Lucas’ extensive development of unique furniture, together with experimental projects such as sound systems, boats or skateboards has been informed by the many places he has worked. Lucas has developed exhibition and interior design projects developing his practice through the work he makes. Within the last year Lucas has developed a restaurant project MO de Movimiento in Madrid, and has worked on the sociological study ‘The Rocket Trail’ that he translated into an exhibition, an archive and a docufilm conceptualized, co-directed and produced by Lucas.